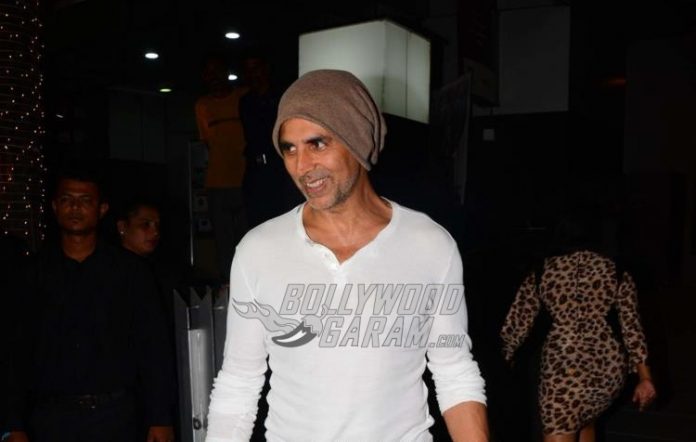 Superstar Akshay Kumar is known for his versatility as he has played various roles in Bollywood. The ‘Khiladi’ star will soon be seen playing the lead role in the biopic of the late founder of T-Series, Late Gulshan Kumar. The biopic has been named as Mogul and will be directed by Subhash Kapoor.

The movie will be produced by Late Gulshan Kumar’s wife Sudesh Kumari. Gulshan Kumar, who was known as the emperor of music, shared a great rapport with Akshay Kumar. The actor, while talking about his role in the biopic said, “I had the good fortune of knowing Gulshanji well. My association with him started right from my first film Saugandh. We both shared many things in common and come from a similar background. And I am very excited to play him on-screen.”

Bhushan Kumar, who has taken forward the T-Series label, said that the upcoming biopic on his father is not just a film but is a dream come true for him. The producer added that his father has always been a guide throughout his life and he has always felt his presence in everything he does.

Bhushan intends to share his father’s journey with the world with Mogul. The producer also said that he can never think of anyone better than Akshay Kumar to play his father on screen. The shooting of the movie is expected to commence by the end of 2017. T-Series founder Gulshan Kumar’s story has been inspirational. How he grew up as a musician and how he came to be a staunch devotee of Goddess Vaishno Devi are a few insights Mogul will give into the music tycoon’s life.

Gulshan Kumar became a household name as he sung and produced several devotional songs through his label, T-Series. The producer was murdered outside a temple in Mumbai on August 12, 2017. The family cremated Gulshan in Delhi.