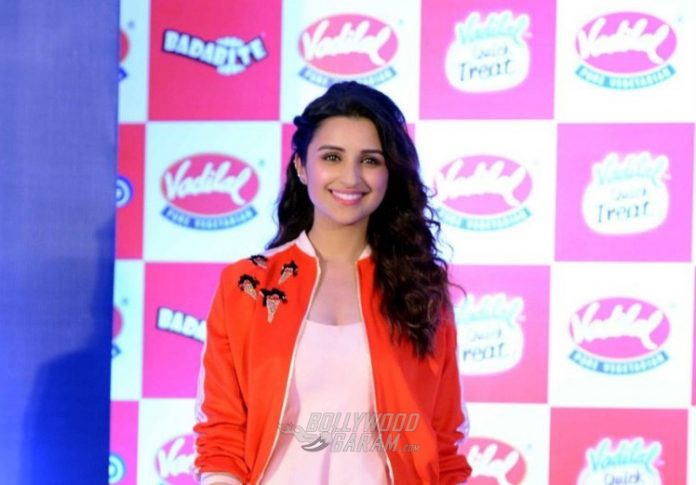 This leggy lass, who made her debut in Ladies VS Ricky Behl in a supporting role with Ranveer Singh and Anushka Sharma has won hearts with her movies like Daawat-e-Ishq, Ishaqzaade, Shuddh Desi Romance and Kill Dill.

Yes, we’re talking about Parineeti Chopra! Now, she will soon be seen in the upcoming movie Meri Pyari Bindu opposite Ayushmann Khurrana.

Don’t you just love her fervid and amazing attempt at singing?

Her performance in Kill Dill, followed by a cameo in Dishoom was loved by the audience, after which she took a break from movies. The long wait of seeing Parineeti on screen again is over, as she will soon be seen in Rohit Shetty’s Golmaal Again and India’s Best Cinestars Ki Khoj. She has  also signed Homi Adajania’s drama Takadum in which she will be seen in a lead role opposite Sushant Singh Rajput.

Meri Pyari Bindu releases on May 12, 2017. Stay tuned for more updates on her much awaited movie exclusively on Bollywood Garam!