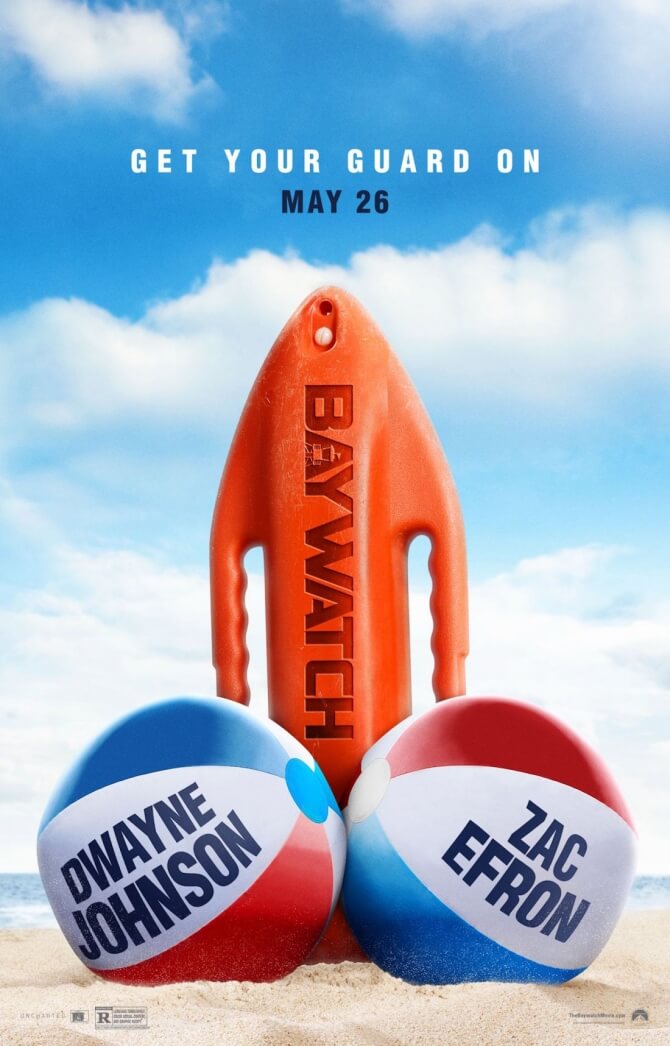 Paramount Pictures launched Baywatch’s best extended trailer at the CinemaCon 2017. The extended trailer showcased some extended unreleased footage at CinemaCon’s Paramount Pictures Presentation Highlighting Its Summer of 2017 and Beyond panel held at The Colosseum at Caesars Palace on Tuesday, March 28 2017 in Las Vegas. This summer release was absolutely loved by the mass in attendance. Most of which took to social media to express their amazement.

In one scene from the extended trailer, Zac Effron and Dwayne Johnson’s characters investigate a crime and gather evidence at a hospital morgue. There, Dwayne’s character tells Zac’s that he has to check the dead body’s private parts and snaps a photo of him doing so, playing a ean joke on him! (as revealed by THR)

Baywatch, directed by Seth Gordon, is the remake of the eminent TV action series, of the same name, during the 90s’. People have loved the series back then and are eagerly waiting for its release. Zac Efron, Priyanka Chopra, Dwayne Johnson, Alexandra Daddario, Kelly Rohrbach, David Hasselhoff, Ilfenesha Hadera and Jon Bass are the star cast of the movie which is set to release on 26th of May, 2017 (initial release USA).

Our very own Desi Girl, Priyanka Chopra, plays a bad ass villain, named Victoria Leeds in the movie. The trailer shows PeeCee to be a foul mouthed sultry character. Whereas Dwayne and Zac are totally killing it with their hotness and comic timing.

Watchout for this outrageous actress in Baywatch, in an avatar like never before! Check out her sultry first look as Victoria Leeds from her Hollywood debut –

This movie is sure to provoke an uproar of laughter, so get ready for a hysterical fit and catch this summer blockbuster in theaters on May 26, 2017. That’s the entire star cast of Baywatch having a great time at Cinemacon –