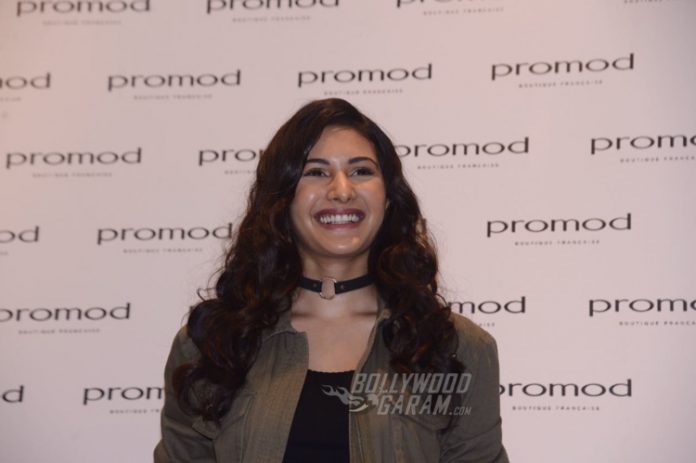 Amyra Dastur was seen at a recent event hosted by PROMOD

This cute 24 year old actress who made her Bollywood debut with Issaq, opposite Prateik Babbar, was recently spotted at an event hosted by the fashion brand PROMOD. Amyra Dastur started her career at the age of 16 and has been previously seen in various television commercials like Clean n Clear, Dove, Micromax and Vodafone.

At the event, she was seen wearing a black halter top, paired with a khaki jacket and blue jeans. She completed her look with a silver ring choker and sleek black heels. She looked exceptionally stunning in her simple outfit. She happily posed for the shutterbugs and interacted with the media.