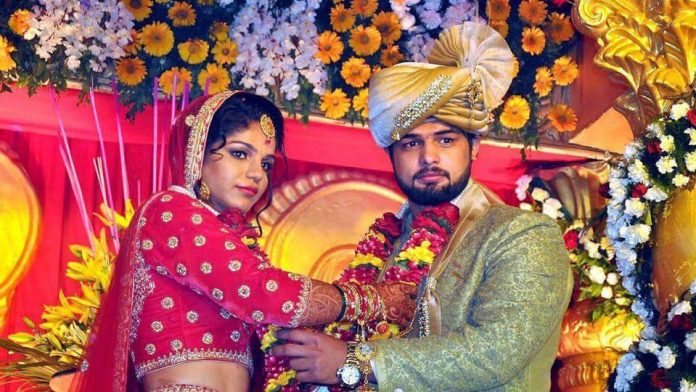 Indian wrestler Sakshi Malik got married to her fiancé Satyawart Kadian in a grand wedding ceremony in Rohtak, India on April 2, 2017. The Rio Olympics gold medalist got engaged to Kadian, who is also a wrestler in October 2016. Sakshi chose not to talk about her relationship and the wedding but shared a picture of her mehendi ceremony on her Twitter account –

Time to get colored with Mehendi for the big day #excited pic.twitter.com/BjcBpIyrx3

The 24 year old wrestler became the first woman wrestler from India to win an Olympic medal. Satyawart Kadian too is also a wrestler and is the son of Arjuna Awardee, Satyavan Kadian. Satyavan Kadian too represented India in 1988 Summer Olympics, while son Satyawart, represented Indian in 2010 Youth Olympics and 2014 Commonwealth Games. The ace wrestler even won the sliver medal in under 97kgs category in 2014.

Sakshi was recently felicitated at the TOISA Awards 2017 too by Vidya Balan.

Sakshi Malik, while talking about her partner said that the love for wrestling brought them together. Sakshi said, “We are from Rohtak. We met and bonded through our common love for wrestling. He’s very supportive. It’s a great feeling that we both are taking part in several competitions and are receiving accolades for the same, there couldn’t be a happier feeling than this. We often give tips to each other to improve our wrestling techniques.”

The star wrestler was even spotted at a press conference held by makers of Poorna, which narrates the true story of the youngest girl to climb Mt. Everest. The wrestler came out in support of young Poorna Malavath, on whom the movie is based.

As soon as the news of Sakshi’s wedding broke, congratulatory messages started flooding the internet. Virendra Sehwag, boxer Vijendra Singh and gymnast Dipa Karmakar were among the people who congratulated the 2016 Summer Olympics Gold Medalist on Twitter.

Wish you a very happy married life @SakshiMalik . Couldn’t make it because of IPL camp. Best wishes for a life of joy and no kushti at home