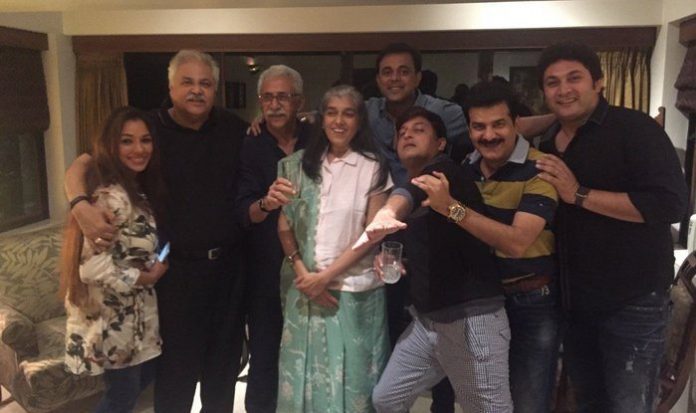 The most popular show on Indian television, Sarabhai Vs Sarabhai is returning as a web series. Producer J.D. Majethia went live on Facebook straight from the sets of the show to give a glimpse of the characters and the set that has now shifted to a new penthouse. The characters are all the same, with just an addition. Sahil Sarabhai and Monisha Sarabhai will be seen as parents to a six year old boy.

Majethia gave the audience a tour of the set and introduction with the characters and it was indeed a treat for everyone, who were eagerly waiting for the return of the series. To begin with, Rosesh came up with his epic poetry that marked the beginning of the new season of the show. The upcoming season is expected to have everything the audience has been waiting for, including Maya Sarabhai’s comments towards Monisha and her middle class behavior.

Hello from the Sarabhais!!

Once again, the audience will be treated with some rib tickling comedy between the characters – Maya, Indravardhan, Sahil, Rosesh, Monisha, Dushyant and others. Talking about the developments in the characters, Monisha is now a mother to a six year old boy, while Rosesh still remains unmarried as Maya continues her search for a prospective daughter-in-law.

It will be fun to watch all the characters come together for yet another exciting series. Rosesh, during the live interaction, said that the new season is returning after seven years and will be seven times more fun than the earlier seasons. Majethia, while talking about the return of the series, said that they decided to come back due to huge public demand and the love of the audience for Sarabhai Vs Sarabhai. The upcoming season will be released as a web series and will be showcased on the popular video streaming app Hotstar. The shooting of the new series has already begun and the makers are expected to rollout from May 2017.