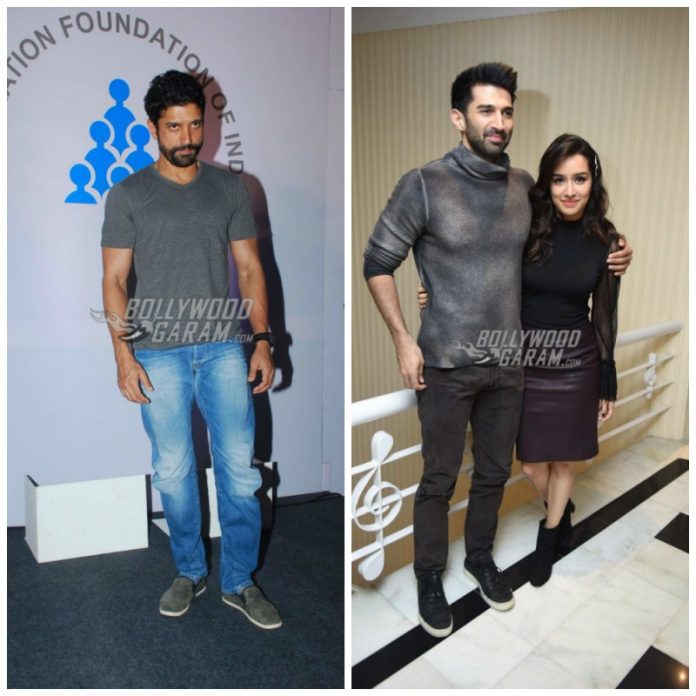 In a party thrown by Vishesh Films, Farhan got furious over Shraddha’s closeness with Aditya. This left Farhan upset and, Shraddha was later seen at Farhan’s house sorting out differences. There are even reports that Aditya’s car was seen parked near Farhan’s residence.

Farhan Akhtar was reportedly upset with Aditya Roy Kapur and things took an ugly turn after which Shraddha worked as the mediator between the two, to calm the situation down. Shraddha’s closeness with Aditya increased when they were shooting for the movie Rock On 2 and since then, they have been together but have never come out in open about their relationship. There were also earlier reports that father Shakti Kapoor did not like daughter Shraddha’s closeness with Farhan. But soon the reports were rubbished by the actress.

Shraddha was last seen in the movie OK Jaanu opposite Aditya Roy Kapur and is currently filming for the upcoming movies Half Girlfriend and Haseena: The Queen of Mumbai. Shraddha will be seen playing the role of gangster Dawood Ibrahim’s sister Haseena Parkar. The upcoming movie is a biographical flick based on the life events of Parkar and also stars Sharman Joshi, Siddhanth Kapoor, Satendra Bagasi and Ankur Bhatia. Farhan’s latest movie Raees as a producer, did well at the box office. Aditya was last seen in the movie OK Jaanu which was the Hindi remake of the Tamil movie OK Kanmani. The actor shot to fame with the movie Aashiqui 2 which was the sequel to the 1990 movie Aashiqui. Both the movies had a different story and characters but had the same genre and similar themes.