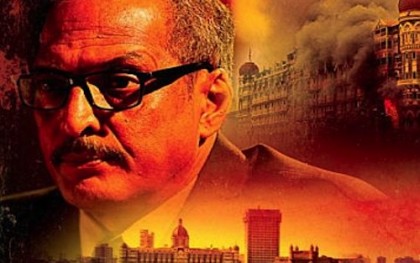 Filmmaker Ram Gopal Varma has finally released his much-hyped movie ‘The Attacks of 26/11’, which is based on the dreadful attacks that took place in Mumbai in 2008. The incident had not only rocked the city, but had also shocked the whole nation. The movie has recreated the same incident, right from its planning to the execution of the killing spree.

Nana Patekar, in the movie is seen in the role of the Joint Commissioner of Mumbai Police. The movie begins from the time when the attackers stepped onto the shores of Mumbai. The filmmaker has also narrated the strategy behind what the terrorists were attempting.

The makers of the movie have managed to note each and every incident, right up to the death of Ajmal Kasab in 2012. Something that this movie does well is to approach the various aspects of terrorism in a mature way. The movie has also highlighted the ultimate motive behind most terrorists and this is pointed out to be self-centered.

The movie is completely performance-based and for this the casting director must be appreciated. After a long time it can be said that Ram Gopal Varma has brought some good entertainment for the audience. The movie might not have an important A-list cast, but those involved have performed well, to give the movie a realistic feel.