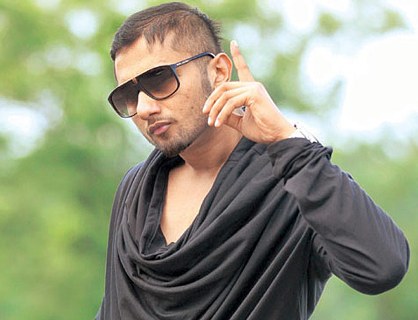 Punjabi rapper and singer Honey Singh has so far released a few albums and has also lent his voice for Bollywood movies like ‘Race 2’ and ‘Cocktail’. A spokesperson of the singer said that he will now be singing for the upcoming movie ‘Besharam’.

The spokesperson said, “Honey Singh will be singing in ‘Besharam’, he has done some really good work in the past and with Honey coming on board, the music album of the film is going to be quite interesting”. The movie is a comedy flick has been directed by Abhinav Kashyap. The new movie will also be featuring Pallavi Sharda.

‘Besharam’ is all set to hit the theaters on October 2, 2013 and will also feature Ranbir Kapoor’s mother Neetu Singh and Rishi Kapoor. The shooting for the movie began in December 2012 and a part of the flick will be shot in Mumbai as well.

The music in the film has been produced by Lalit Pandit, who has confirmed that he has been asked to work on its sound track. The flick will have a total of six tracks. In the month of January 2013, Bollywood couple Rishi and Neetu confirmed that they will be a part of this new venture.