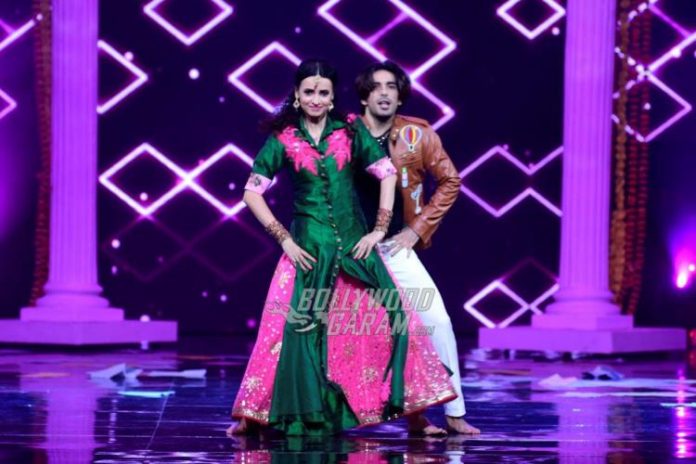 Star couple Sanaya Irani and Mohit Sehgal are one of the most talked about couples on the ongoing show Nach Baliye 8. The two started off on a grand note on the premiere event but then their next performance disappointed the audience. Mohit forgot his steps midway but that did not affect the performance of Sanaya, who continued and finished the act gracefully.

The Miley Jab Hum Tum actors have showed off some great chemistry through their performance so far. Considering their popularity, there were a lot of expectations from the audience. Mohit and Sanaya performed on the classic song Piya Tu which started off well but then Mohit blanked in the mid of his performance.

The couple continued to perform but Mohit could not stop blaming himself for forgetting the steps. Sanaya after the performance also said that Mohit is going to be upset about this the entire week. On the other hand the judges Sonakshi Sinha, Mohit Suri and Terence Lewis were generous enough and gave a descent score of 22 out of 30. Despite all the issues with the performance of the actors, Sanaya and Mohit continue to be one of the popular and competitive contestants on the show. Apart from Sanaya and Mohit, Divyanka Tripathy and Vivek Dahiya are also one of the most popular couples on the show.

Further, speculations are wide that Nach Baliye 8 host, host Karan Tacker is having his own set of problems with his co-host, Upasana Singh. The first episode saw Karan hosting the show solo but the second episode introduced comedian Upasana Singh. Apparently, Karan is not very comfortable about Upasana’s presence on the show and things are not looking bright between the two. But the comedian claims that she has been a part of the show even before Karan was brought in and that she was introduced in Episode 2 as show makers wanted to keep the audiences engaged.

Stay tuned for more updates on Nach Baliye 8 and see behind the scenes photos from shoot of Episode 2.