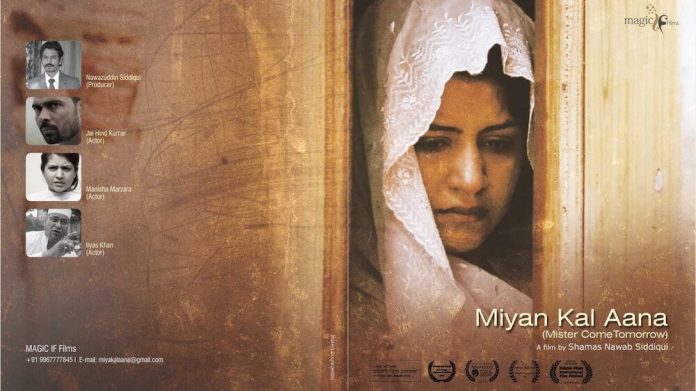 Short film, Miyan Kal Aana by Shamas Nawab has been getting positive feedback from the international film community

Actor Nawazuddin Siddique’s brother, Shamas Nawab is one stellar movie maker. His film Miyan Kal Aana will be screened this summer at the Cannes Film Festival 2017 in France. The short film was created in 2015 and has already toured in 23 countries, including Cannes once before.

Shamas Nawab talks proudly of his international festival worthy film – “When my film first screened for buyers and producers in Cannes, some executives from an American online streaming conglomerate were also in the audience. They liked the film but their offer wasn’t great so I turned them down. For the Montreal screening I invited Iranian filmmaker, Majid Majidi, who was at the festival for the premier of this film Mohamad which had been banned in the Middle East. He was excited after listening to my story and made time for my screening. He loved the film and spoke about it at length to other distributors at the festival. It was a hit at the Palm Springs Festival too and after listening to all the praise, the online streaming conglomerate was back with a better offer.”

Shamas Nawab’s Miyan Kal Aana is about the notorious Islam practice of divorce. It involves the male saying ‘talaq‘ three times, that results in a divorce between man and wife. The woman marries another man, but is forced into intercourse with him to make the marriage official. Shamas was inspired by this practice that takes place in his own village, Budhana.

A number of NGOs and women’s rights organizations are eager to screen the film themselves. Shamas Nawab ends with, “This practice has ruined the life of many rural women and I want to create awareness in the metros.”

Well, congratulations to Shamas Nawab for the international recognition of his film. This is a topic that should no longer be tabboo and the global community needs to be made aware of this, to help put a stop to such archaic practices that ruin the lives of women.