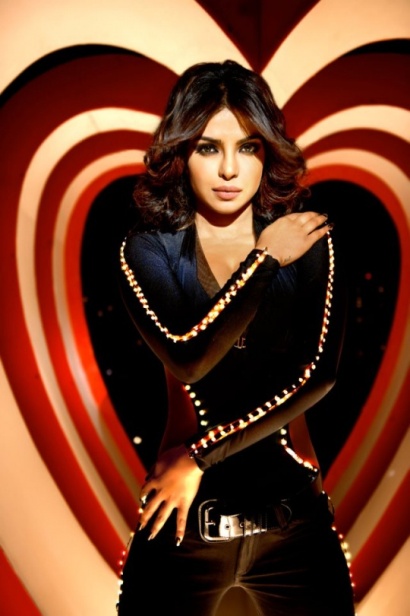 Bollywood actress Priyanka Chopra is now all set to sizzle in the upcoming item song ‘Babli Badmaash’. Chopra’s look for the new song has been revealed, where she is seen in a skin-hugging rubber attire, as opposed to a typical ghagra choli. This will mark the first item song for Chopra in her successful career.

The song will be a part of her contribution to Sanjay Gupta’s ‘Shootout At Wadala’. An official tweet came from the movie ‘Shootout At Wadala’ said, “She’s ELECTRIC as #BadmaashBabli! Check out @priyankachopra’s EXCLUSIVE look in #ShootoutatWadala!”

The costume has been designed by the popular celebrity filmmaker Manish Malhotra, while the song has been sung by Sunidhi Chauhan. The music for the song has been composed by Anu Malik and will be choreographed by Ahmed Khan. The item number has a retro set up, due to which the actress is seen dressed up in a 1970’s look.

Filmmaker Sanjay Gupta, while talking about the song, said that Feroze Khan and RD Burman have been his all time favorites, but the two never worked together. Chopra’s look for the song looks like it has been inspired by the veteran actress Zeenat Aman. ‘Babli Badmaash’ has been co-produced by Ekta Kapoor and is directed by Sanjay Gupta.