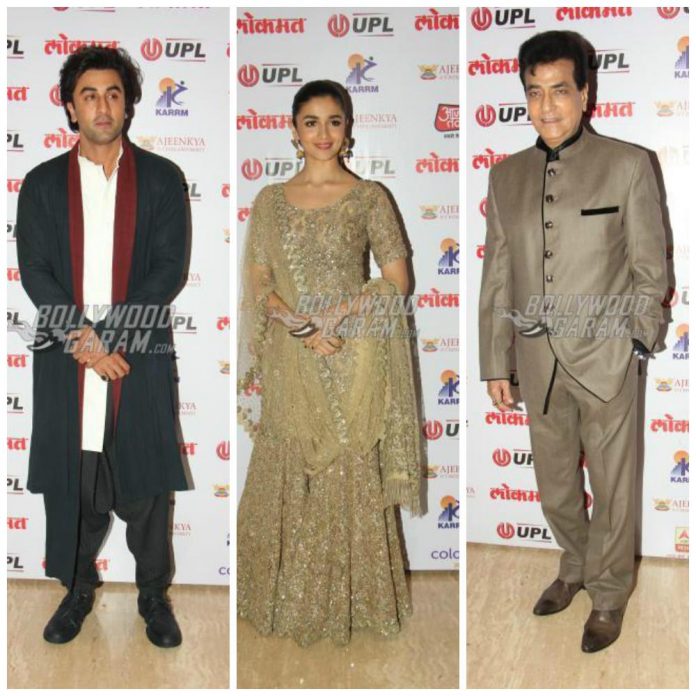 Alia looked graceful at the red carpet as she wore a beautiful golden lehenga. The actress smiled for the shutterbugs and looked rejuvenated after wrapping up the successful promotions and celebrations of Badrinath Ki Dulhania. Actor Ranbir Kapoor looked cool in a white and black kurta pyjama paired with a long black jacket. Actress turned producer Divya Khosla as usual looked splendid in a pink and golden outfit.

Stay tuned for the full list of winner from Lokmat Awarsd 2017 and other updates exclusively on Bollywood Garam.