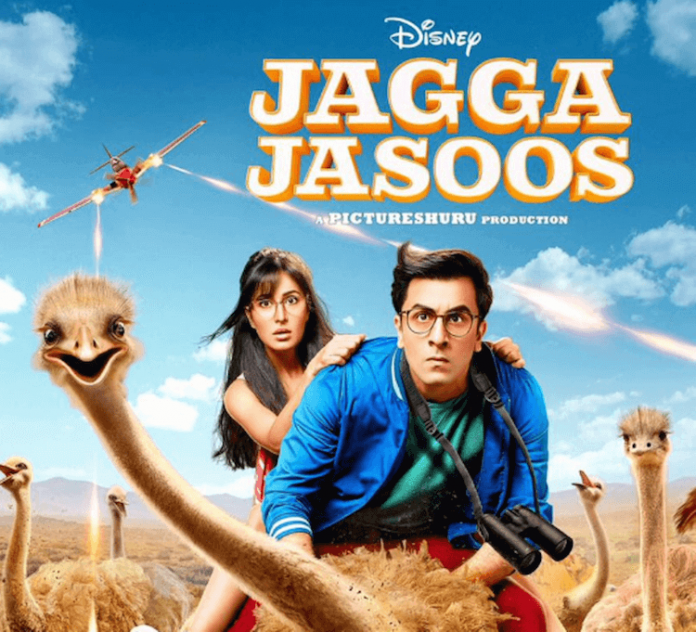 Ranbir Kapoor revealed the release date of Jagga Jasoos, which has been on hold for almost four years!

The makers of Jagga Jasoos are finally able to say that their film is ready to hit theatres. It has been almost four years since the shoot began and had to undergo various obstacles throughout production. The much-awaited announcement was made by the lead actor himself – Ranbir Kapoor. While talking to reporters the actor revealed that shooting for the film has concluded and that Jagga Jasoos will finally hit theatres on July 14, 2017.

Jagga Jasoos was initially expected to be released on April 7, 2017 this but some portions of the movie were yet to be shot. The makers started shooting the flick in 2014 as they shot simultaneously for Bombay Velvet. The official movie trailer of Jagga Jasoos was released back in December 2016. Ranbir Kapoor, during his media interaction at the event back then, expressed his excitement over his first venture as a producer and added that he was looking forward to the film’s success.

The Barfi actor was also asked about former flame Katrina Kaif, to which he said that the film is as much hers as it is his and that they would make their best effort to promote and put up a good show. Ranbir added, “Katrina has worked very hard on the film. The film is hers as much as it is mine. We will promote it really well, and release it well too… When we make a film, we make it with lots of love and sincerity. We would like to put it across in the best way possible.”

The upcoming musical spy thriller flick is directed by Anurag Basu and produced by Sidharth Roy Kapur, Anurag and Mahesh Samat. The movie also stars Adah Sharma, Karan Wahi, Saurabh Shukla and Sayani Gupta. The songs have been composed by Pritam and lyrics have been written by Amitabh Bhattacharya.