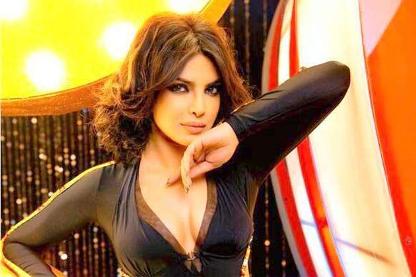 Bollywood actress Priyanka Chopra is seen wearing a rubber costume which is studded with LED lights in the item song ‘Babli Badmaash’. The costume loosely resembles the jacket which was worn by Amitabh Bachchan in the blockbuster track ‘Saara Zamana’ from the 1981 movie ‘Yaarana’.

Chopra is now all set to feature in the song from the movie ‘Shootout at Wadala’, which has been directed by Sanjay Gupta. The new retro track is composed by Anu Malik and is sung by Sunidhi Chauhan. It has also been choreographed by Ahmed Khan.

The ‘Kaminey’ actress said, “I had a good experience while doing the song. It was hectic, but fun. We had to finish the song in two days I had to shoot for Gunday. I enjoyed doing the song”. Priyanka also clarified that she was not naughty (badmaash), in real life and is quite decent.

This is the first time that Priyanka has performed an item number and the media has been quite interested in how she feels about doing such a a song. The ‘Barfi’ actress went on to say that she is happy the way the song has come out and that she hopes everyone likes it.