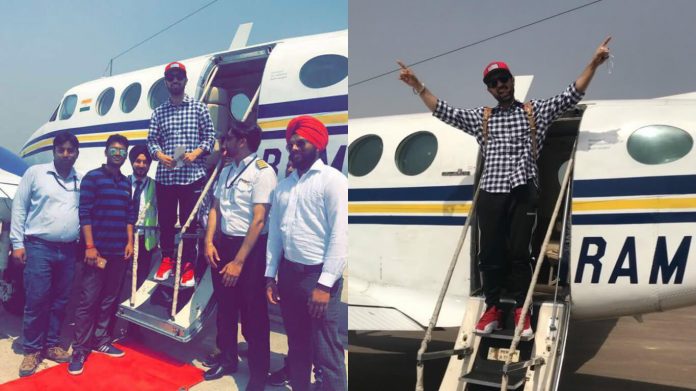 Punjabi actor and singer Diljit Dosanjh who shot to fame in Bollywood with the movie Udta Punjab, has become the first Punjabi actor to own a private jet. The excited actor shared his first video from his jet through Snapchat on April 18, 2017 and then officially announced the news through his Twitter account.

With the recent development, Diljit is surely progressing and enjoying his Bollywood career. The actor was last seen in the movie Phillauri which was a production venture by actress Anushka Sharma. Dosanjh is currently preparing for the Dream Tour concert which is all set to begin in May, 2017. The star will be performing in a number of Canadian cities – Vancouver on May 6, Edmonton on May 13, Winnipeg on May 17 and finally Toronto on May 22.

Diljit is a popular name in the Punjab film industry after which he has also made a mark in Bollywood with the films like Udta Punjab and Phillauri. The actor also won the Best Male Debut Award for his performance in Udta Punjab.

Apart from acting, Diljit has also made a mark as a singer and is popular for the songs like Proper Patola, Patiala Peg, Move Your Lakk and more. Talking about future projects, the actor has signed for an upcoming Punjabi superhero movie that will be produced by Balaji Telefilms. The film is directed by Anurag Singh, and the two have worked previously on Jatt and Juliet. Since their chemistry was so spot-on in Phillauri, the filmmakers are looking to rope in Anushka Sharma for this one as well. However, the actress’ dates have not yet been confirmed. The movie still doesn’t have a name or release date yet.