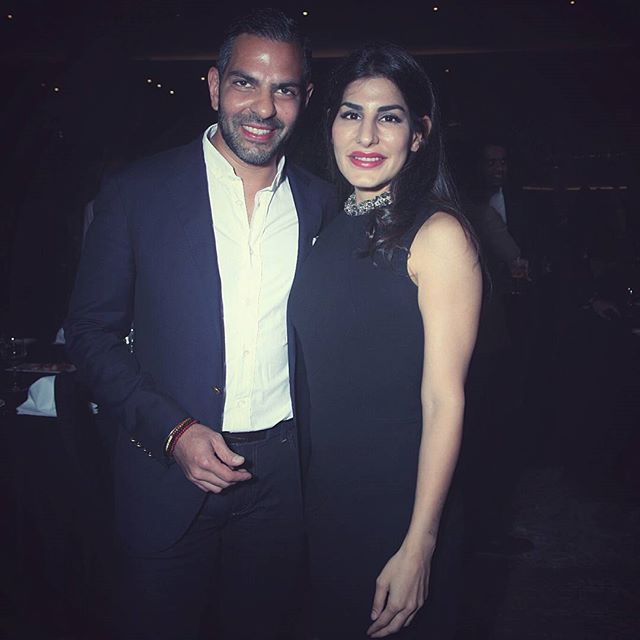 Actress Karisma Kapoor’s former husband Sunjay Kapur got married to long time partner Priya Sachdev on April 13, 2017. The CEO of Sixt India threw a lavish party at New York which was attended by just the immediate family members and friends. The actual wedding took place in Delhi after which a grand reception was held at New York.

Pictures from the wedding reception surfaced on the internet and are going viral. Sunjay and Priya can be seen as a happily married couple, both in white outfits. Reports say that the celebrations are still on. Priya can be seen in an off white gown while Sunjay can be seen in a white bandhgala outfit. Guests from the wedding informed that the décor at the reception had Japanese cherry blossom theme. Going by the pictures, the bride and the groom were sen cutting a gigantic three layered cake. The groom during the wedding reception was said to be in a great mood and declared in front of everyone, “Yes!! Iam doing it for the third time.”

Sunjay was earlier married to designer Nandita Mahtani and then to actress Karisma Kapoor. The Delhi based businessman and the Biwi No 1 actress were granted divorce in 2016. However, Sunjay was said to be in relationship with Priya since five years. The divorce proceedings between Sunjay and Karisma had taken an ugly turn as they publicly got in to throwing allegations.

This is third wedding for Sunjay, who has two children Samaira and Kiaan with Karisma. On the other hand Karisma has also reportedly found love in businessman Sandeep Toshniwal. The two are often seen spending time with each other and are soon expected to make it official. Karisma has already introduced Sandeep to her family members and there are chances that the actress might also take another step towards marriage.