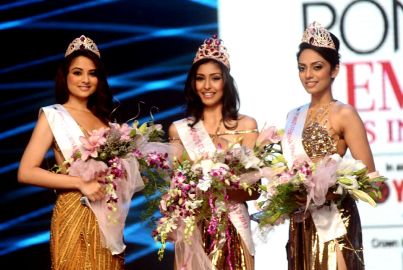 Indian model Zoya Afroz has claimed the title of Miss India International in the Ponds Femina Miss India 2013 contest. With the recent win, the model has quite possibly booked a ticket into Bollywood, but not many know that Afroz has already worked in Bollywood movies as a child artist.

The Lucknow-based model is a popular child artist and has already worked with well-known actresses like Karisma Kapoor and Aishwarya Rai. The model was seen in the movie ‘Hum Saath Saath Hain’ and is a student of Mithibai college.

The 18-year-old has also worked with Rai in the movie ‘Kuch Na Kaho’. Afroz first featured in advertisements and was spotted by Rajshri Productions. Zoya had played the role of Neelam’s little daughter in the movie ‘Hum Saath Saath Hain’ and has also worked in the Punjabi movie ‘Sadi Gali Aya Karo in the year 2012.

Moreover, the model has also featured in the TV series ‘Son Pari’. Zoya said that her inspiration behind taking up the beauty pageant was Aishwarya Rai Bachchan. In the past, the model has done commercials for Coke and KFC. Zoya has done her schooling from RN Shah High School. The model was crowned by the previous winner Rochelle Maria Rao.