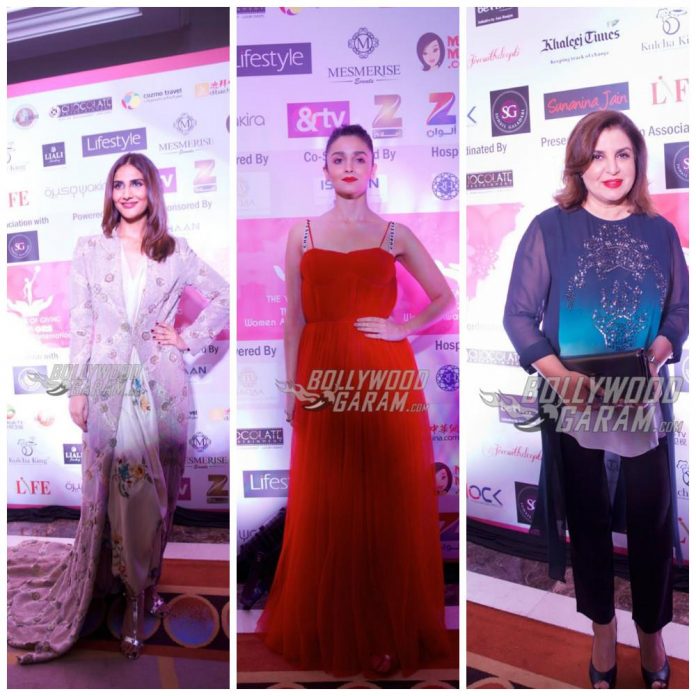 Bollywood star Salman Khan’s rumoured girlfriend Lulia Vantur performed at the event. The actress and singer interacted with the media and said, “I am really excited to be at the Gr8 women awards. I will be performing on the mix of Hindi and Romanian version of the chartbuster song Teri Meri Kahaani from Indian film Bodyguard.” Alia looked great in a red outfit and had a great time interacting with the audience.

Choreographer turned filmmaker Farah Khan made a strong statement during the event over the payment differences in Bollywood and said, “The day female actors movie start making 100 crore, they will be paid similar to their male counterparts. I am a female director but I get paid more than many male directors. That’s because my movies do well at the box office.” The event also saw the presence of actress Esha Gupta who walked the ramp while showcasing the collection from designers Anjalee and Arjun Kapoor.