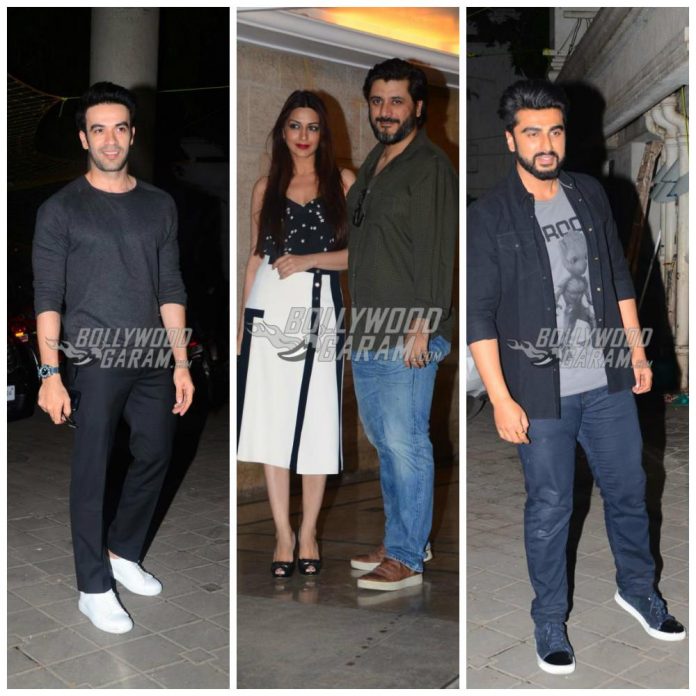 After receiving a warm welcome on her return from the US, Priyanka Chopra threw a bash for her friends and family members. The Barfi actress, since her return, has been catching up with some of her friends and colleagues from the industry. Chopra’s friends turned up for a bash in Mumbai on April 24, 2017.

The party saw Alia Bhatt, Karan Johar, Sidharth Malhotra, Arjun Kapoor, Sonali Bendre and Goldie Behl, Puneet Malhotra, Mini Mathur, Manish Malhotra and Ritesh Sidhwani. Priyanka has been rocking on the international front in recent times as she has been busy shooting for the American series Quantico in which she played the role of an FBI agent, who later becomes a prime suspect of a terrorist attack.

The Gunday actress also shot for her upcoming Hollywood flick Baywatch which has been adapted from the popular ’90s show of the same name. Priyanka will be seen playing a negative role in her Hollywood debut. Apart from the American show and the Hollywood flick, the actress also appeared on various popular TV shows in the US.

On the work front, the actress might soon have to leave for the US again for the promotions of Baywatch. The Bajirao Mastani actress in an interview was asked of the makers of Hollywood flick Baywatch would promote in India to which she said, “It seems very difficult. I don’t think we will be doing much. We will be only doing one or two countries when it comes to travelling for ‘Baywatch’, but I don’t know yet what the marketing plan by Paramount Pictures is. But while I am in town, I will definitely do as much as I can. I don’t know about the rest of the team.” Priyanka’s recent Marathi production Ventilator won three National Film Awards.