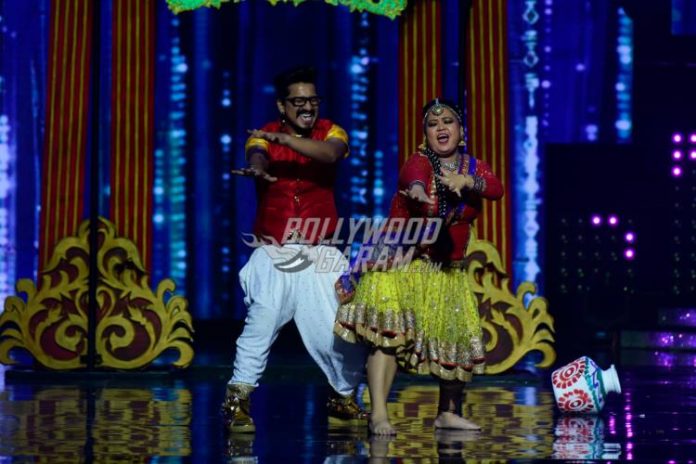 After Divyanka Tripathi Dahiya injured her back, it is Harsh Limbachiyaa’s turn to stay away for an episode of Nach Baliye 8

Celebrity dance reality show Nach Baliye 8 took off on a grand note with the audience wanting more. Soon the pressure of the competition started taking a toll on the contestants. This was when Divyanka Tripathi Dahiya injured her back and had to skip an episode without performing. After Divyanka, comedian Bharti Singh’s fiancé Harsh Limbachiyaa injured himself during rehearsals.

Close friends of the couple revealed that Harsh has injured his leg. During the rehearsals, one of the acts required Harsh to lift Bharti and when she landed on his feet, his leg twisted. Harsh ignored his injury by taking pain killers and continued rehearsals but the injury went from bad to worse. Moreover, this week the couple has a few aerial shots for the upcoming episode, but the doctor has strictly advised against doing them.

The script writer has been advised complete bed rest and will be under observation for a week. There are also reports that if there is no improvement in his injury, Harsh might have to stay away from the show for another week. For now, Bharti’s choreographer Savio will be her dance partner for the coming episode. The comedian has been a great entertainer so far on the show and the two often managed to put up a great show for the audience and the judges.

And in related news, Sonakshi Sinha has given up her judging seat. It has now been taken over by none other than the beautiful Malaika Arora. Today was her first day as a judge on Nach Baliye 8 alongside choreographer Terence Lewis and director Mohit Suri. Also present as special guests were Half Girlfriend stars Arjun Kapoor and Shraddha Kapoor who came to promote their latest flick.