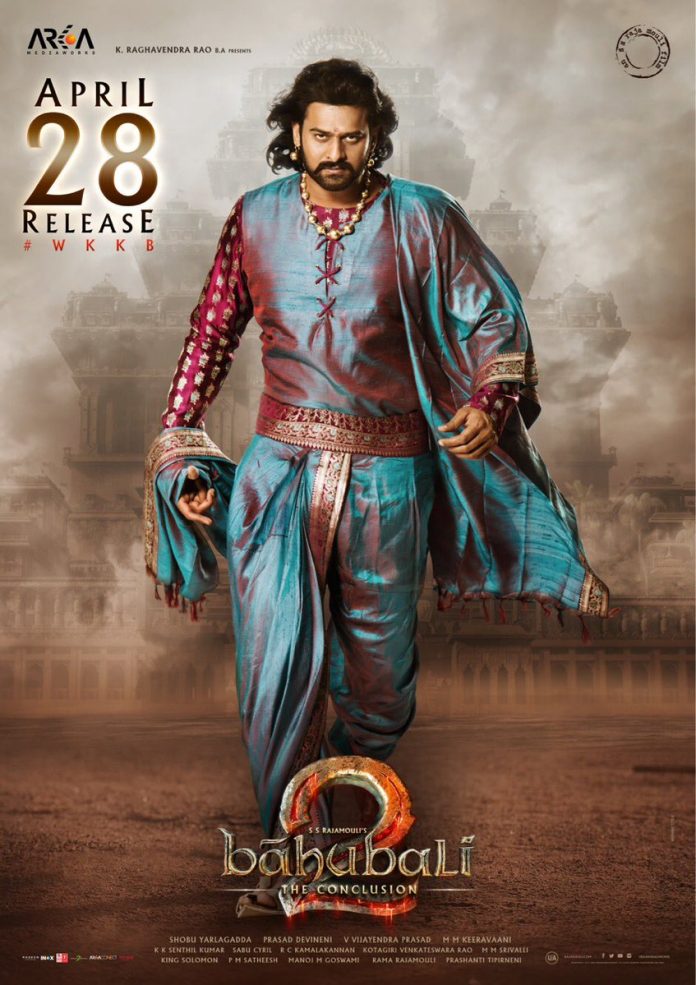 The release date of the much awaited sequel of Baahubali is fast approaching. To increase the excitement, the makers have released a new character poster from the flick featuring the character Amarendra Baahubali played by Prabhas. The actor can be seen in a royal attire as the ruler of the Mahishmati Kingdom.

The makers of Baahubali 2: The Conclusion have been sharing posters featuring different characters from the film since months before the release. Prabhas will be seen playing a dual role of Amarendra Baahubali and his son Shivudu. Most of the posters which have been revealed so far have seen Prabhas with his body armour, ready to go for a battle, but this is the first poster that has shown the actor in a royal outfit.

The image was revealed by the official Twitter handle of Baahubali with the caption, “Amarendra Baahubali Arriving in 3 Days … #Baahubali2.” Meanwhile, the audience is waiting for the release of the sequel as it is expected to answer several questions.

The flick will be released in different languages at more than 9000 screens across the globe on April 28, 2017. Baahubali 2: The Conclusion is directed by S. S. Rajamouli and produced by Shobu Yarlagadda and Prasad Devineni. The upcoming movie is one of the most expensive movies made so far.