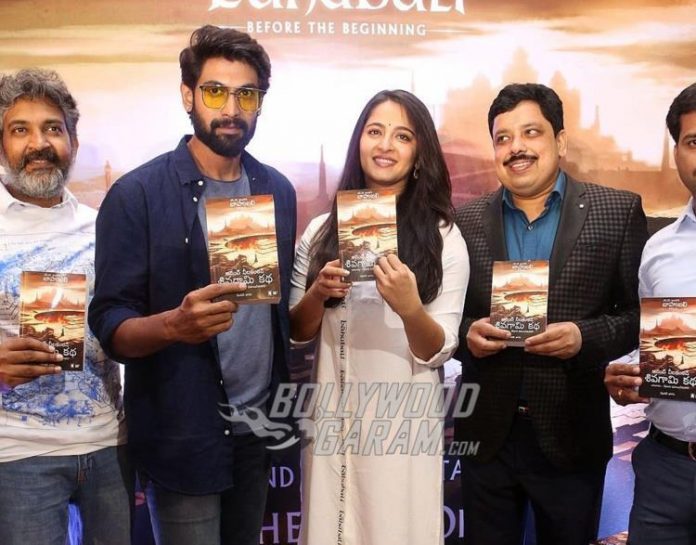 Makers of Baahubali 2: The Conclusion are making every possible efforts to promote the flick which is ready to release in theatres on April 28, 2017. The cast and crew launched the official merchandise of the film at an event in Hyderabad on April 26, 2017. The launch event saw Anushka Shetty, Prabhas, Rana Daggubati, filmmaker S.S. Rajamouli and others.

The official Baahubali 2 merchandise includes apparels, personalized debit cards, phone covers, VR glasses, figurines, posters, mugs, badges, coasters, laptop skins, canvas prints and more. Producer of the film Shobu Yarlagadda while talking to a leading daily said, “The Baahubali brand has been very well established in India now. It is the first truly trans-media brand, where each of the piece is a different business in its own way and not just a marketing proposition for us.”

Some of the world’s best artists and designers have come together to work on the exclusive merchandise. It is not just the audience but even the makers of the flick expressed their excitement over the release during the merchandise launch. Most of the characters in the movie went through a physical transformation and have dedicated a lot of time. The filmmaker has also expressed his wish to launch Baahubali 3 as a TV series and an animated series.

Baahubali 2: The Conclusion is the sequel to Baahubali: The Beginning and has been made under the budget of Rs. 200 crores.