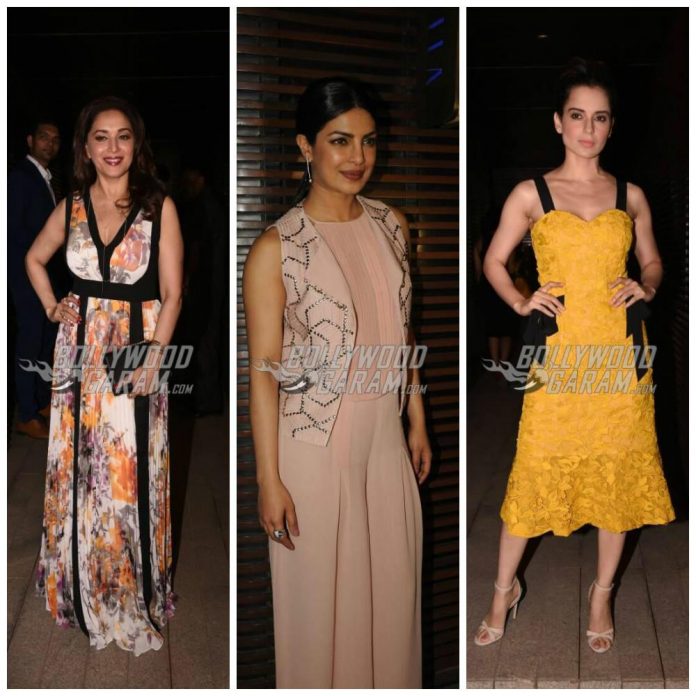 Celebrations have not stopped for Priyanka Chopra. The actress threw another grand bash for her friends and colleagues from the industry to celebrate her first Marathi venture, Ventilator’s National Award in Mumbai on April 26, 2017. The guest list included Kangana Ranaut, Rekha, Madhuri Dixit Nene with husband Dr. Shriram Nene, Sophie Chaudry, Sushmita Sen, Anurag Basu and others.

Priyanka looked great in a pink outfit and was seen receiving the guests at her party. The bash brought Kangana and Priyanka together after a long time. The actresses have earlier worked together in the movie Fashion directed by Madhur Bhandarkar. Since then the two pursued their respective careers in the Bollywood, while Priyanka moved on to Hollywood. Kangana looked gorgeous in a yellow outfit and posed for the cameras along with former co-star Priyanka.