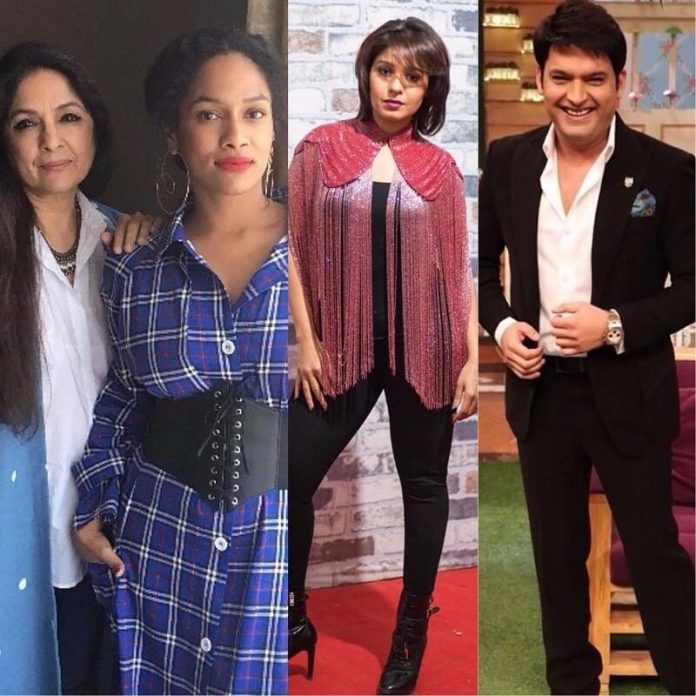 Sunidhi Chauhan, Neena Gupta and daughter Masaba reportedly received a call from TKSS team telling them that the shoot has been canceled

The famous show of Sony TV, The Kapil Sharma Show has been hitting the headlines post Kapil Sharma and Sunil Grover’s fight. The show which was at the top of the TRP charts is now nowhere to be seen amongst the top 10 shows. Recently, Sunidhi Chauhan, Neena Gupta and Masaba were supposed to shoot at the sets of The Kapil Sharma Show but they received a call saying that the shoot has been cancelled. According to the Spotboye reports, there has been a lot of confusion in the team because of miscommunication.

A source quotes that, “A few days ago, Sunidhi confirmed her availability on The Kapil Sharma Show but later got a call that they can’t start the shoot before midnight.” Sunidhi informed them that she is not comfortable shooting late nights since she has prior commitments. She was been told that the shoot could not be held earlier since Navjot Singh Sidhu cannot come from Delhi before 11:30pm and so the shoot will get over by 2am.

The source also said that, “After the call, Sunidhi was called at least twice or thrice and again the timings were changed and eventually she was told that it is not happening”

Later, an SOS was sent to Neena Gupta and Masaba. A source says that, “Masaba got a call from Team Kapil at 3 am last night, requesting her to attend the show with her mother today. Neena Gupta has been keeping indisposed and the duo expressed their unavailability.”

As reported by SpotboyE! Neena Gupta said, “Yesterday, I got a call from them saying that we are not doing the shoot with you two because Navjot Singh Sidhu is not available. Then suddenly, at 3 am, Masaba got a call that they want to shoot with us today. I told Masaba to inform them that I am unwell. Then again we got many calls from them asking if we could shoot tomorrow.  We said okay, but now a few minutes ago we again got a call from them that it’s not happening.”

The Kapil Sharma Show’s failure has pushed Sony two spots down among GECs. The show might not even get renewed as the channel is upset with the dipping TRPs.

Stay tuned on Bollywood Garam to know more about The Kapil Sharma Show!