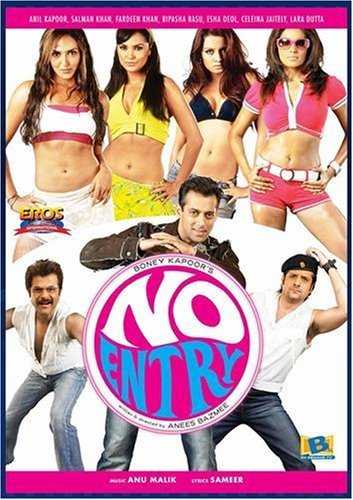 News about the sequel for No Entry was doing the rounds for quite some time. The makers of the movie have now confirmed that No Entry will soon have a sequel known as No Entry Mein Entry. The news has been confirmed by director Aneez Bazmee.

Bazmee confirmed, “Salman Khan has loved the script of No Entry Mein Entry. I have a great rapport with him and in this film, he will be seen in a double role. I don’t know where the news of shelving is coming from. I am giving the final touches to the script. I got busy with shooting Mubarakan but now we are back on track. We will have to work on his dates though.” The filmmaker even revealed that the sequel also stars Anil Kapoor and Fardeen Khan.

Though the cast and the script have been finalized, even the makers are not sure when the movie will go on floors. Producer Boney Kapoor said, “It will happen, but we haven’t decided when it will go on floors.” Meanwhile, Aneez recently wrapped the shoot for upcoming movie Mubarakan in London which also stars Ileana D’Cruz, Athiya Shetty and Anil Kapoor.

Can you believe that No Entry was released back in 2005? It’s been a good decade and a couple more years before this sequel comes out. And as per box office numbers, No Entry was considered to be the top grossing film of the year. Hopefully Bazmee and the team will be able to re-create that magic. The original movie was a remake of South Indian film Charlie Chaplin. It starred Salman Khan, Fardeen Khan and Anil Kapoor and the most commercially successful actresses of that time – Bipasha Basu, Lara Dutta, Celina Jaitley and Esha Deol. We wonder which ensemble cast will be coming together for this re-boot.