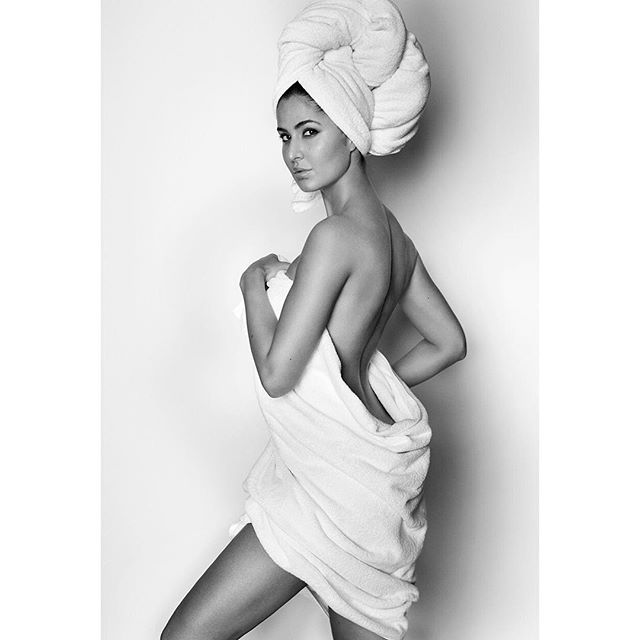 Actress Katrina Kaif recently made her debut on the photo sharing site Instagram. The Ek Tha Tiger actress recently posted a hot picture of her as she posed in just towels.

Katrina wrote, “Thank you @mariotestino for the wonderful experience of shooting for the legendary #TowelSeries … You must come see us again soon.” The actress has also become the first Indian actress to appear in the special series by celebrity photographer Mario Testino. The image has already garnered more than 80,000 likes with unlimited comments.

Kaif was recently seen spending some intimate time with her family , who is in Mumbai. The actress was seen with her sister Sonia and mother Suzanne. The Namastey London actress has her hands full of projects lined up for 2017 and 2018. Katrina will be seen in Anurag Kashyap’s much awaited movie Jagga Jasoos, which also stars ex-lover Ranbir Kapoor and is ready to be released in theatres on July 14, 2017.

Katrina is also shooting for the sequel of Ek Tha Tiger helmed by Ali Abbas Zafar. The actress has also been roped in for an untitled project by Anand L. Rai. The Bang Bang actress was last seen in the film Baar Baar Dekho which did moderate business at the box office.

Thank you @mariotestino for the wonderful experience of shooting for the legendary #TowelSeries … You must come see us again soon . Here u go @anaitashroffadajania?