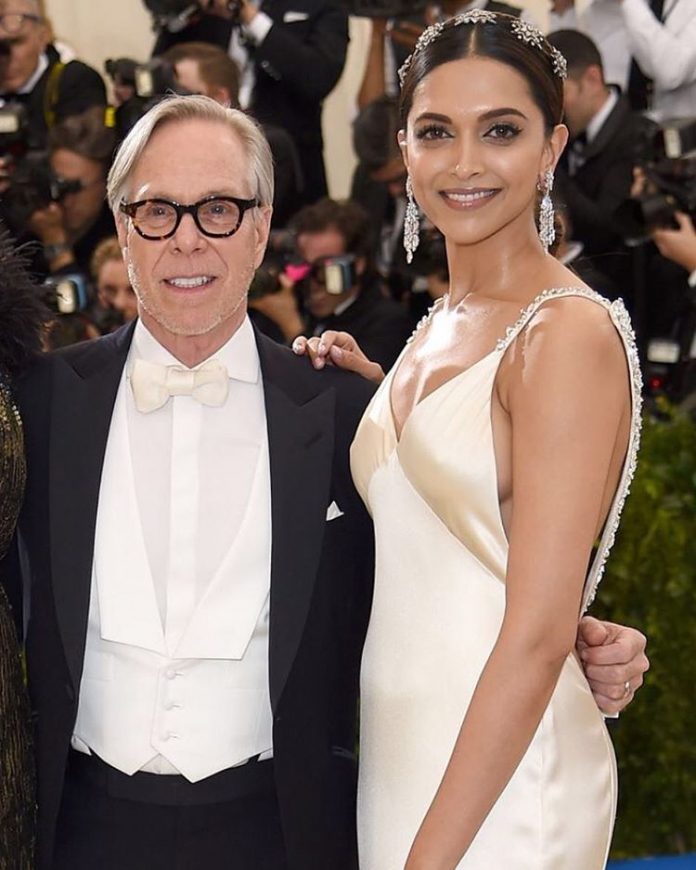 The fundraiser event for the Metropolitan Museum of Art’s Costume Institute, New York, popularly known as the Met Gala, is a grand one. And Met Gala 2017 experienced a storming entry made by none other than Deepika Padukone in a Tommy Hilfiger satin embellished gown.

Deepika chose to wear an understated Tommy Hilfiger white gown where other celebrities sported quirky and dramatic looks. It was a satin gown with embellished straps and hemline. Though the gown seemed practically difficult to be worn, Deepika pulled it off elegantly and made an entry with none other than Tommy Hilfiger himself. Although beautiful, this nearly bridal gown did not seem to create an impact as big as Priyanka Chopra’s dramatic trench coat train gown.

A post shared by Deepika Padukone Fanpage (@deepika.padukone.fanpage) on May 1, 2017 at 7:41pm PDT

A post shared by Deepika Padukone Fanpage (@deepika.padukone.fanpage) on May 1, 2017 at 6:49pm PDT