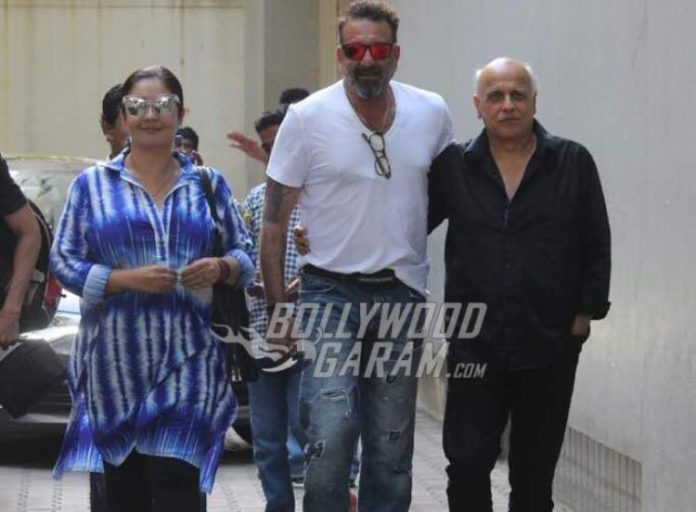 It was a delight to see old colleagues and former co-stars Sanjay Dutt and Pooja Bhatt together outside Mahesh Bhatt’s office in Mumbai on May 2, 2017. This has sparked off rumors that Sadak 2 could be hitting the floors soon.

Pooja and Sanjay have earlier starred in the blockbuster film Sadak in 1991. Rumours of a sequel to Sadak has been doing the rounds since a long time and the recent meeting between Mahesh, Sanjay and Pooja has sparked the speculations. Sanjay in an earlier interview with a leading daily, was asked if he would like to be a part of Sadak 2 to which he said, “If ‘Sadak 2’ ever happens, I would love to do it.”

Dutt recently finished the shoot for the upcoming flick Bhoomi which also stars Aditi Rao Hydari. The makers of the film are yet to announce the release date. Sanjay Dutt’s life is also becoming a biopic that stars Ranbir Kapoor as the troubled Bollywood scion. The movie involves the star’s earliest life, his relationship with his mother, his downward spiral, run-ins with the law and his status symbol as Deadly Dutt. The veteran star faced some legal troubles a while back, but is now dedicating himself to films and is ready to make a grand comeback to Bollywood.