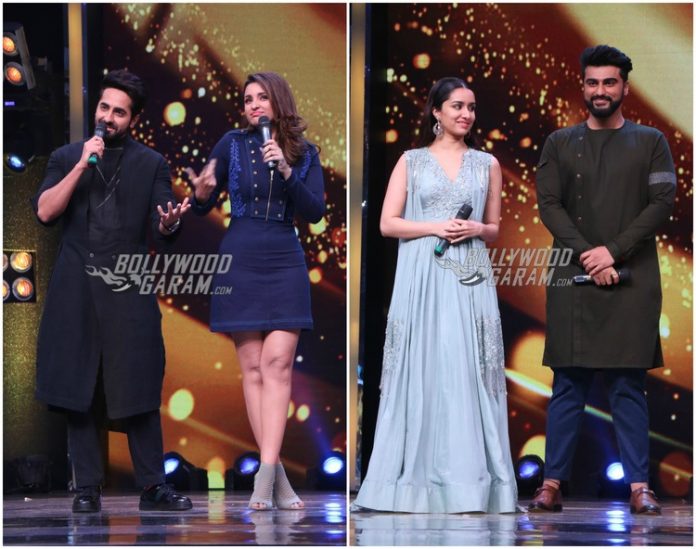 Bollywood Celebrities were spotted on sets of Sa Re Ga Ma Pa Li’l Champs for promoting their respective upcoming movies on May 2, 2017. Actors Parineeti Chopra and Ayushmann Khurrana promoted their movie Meri Pyaari Bindu while Shraddha Kapoor promoted her film Half Girlfriend.

Parineeti looked stunning in a blue Ritu Kumar outfit with grey mesh booties from Zara. Ayushmann too grabbed attention as he appeared in a long black jacket and black trouser. While Shraddha Kapoor looked pretty in a grey ethnic outfit and Half Girlfriend co-star Arjun appeared in an olive green kurta paired with blue trousers. The actors had a great time interacting with the little contestants of the show. Parineeti Chopra even sang a few songs from her upcoming movie, in which she’s making her singing debut.