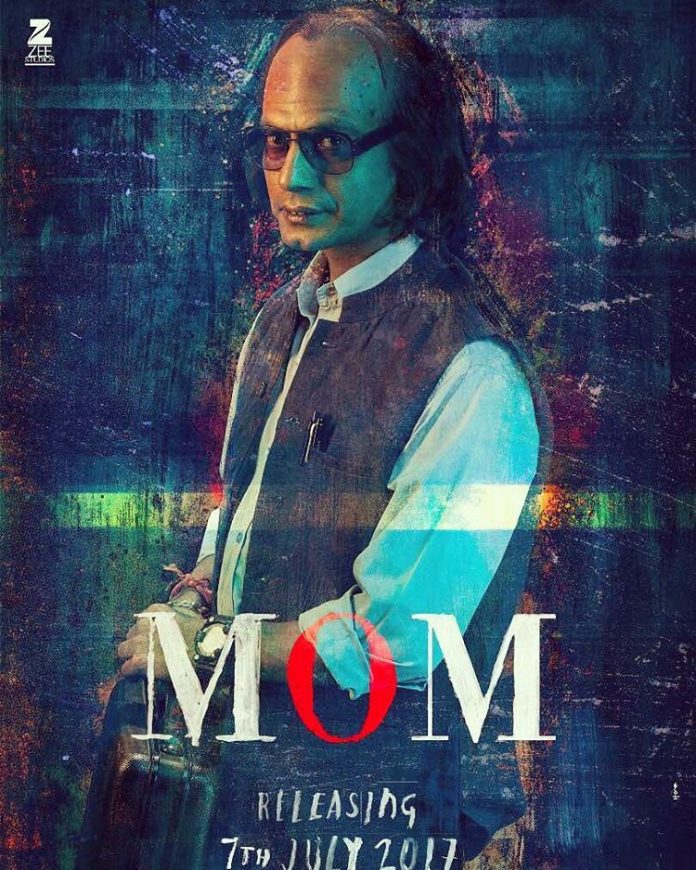 The 2012 National Film Award winner, Nawazuddin Siddiqui’s look in Sridevi starrer, Mom has surprised audiences!. His look in the poster is completely unrecognisable and seemingly cunning. The actor will be making a special appearance in the film and a heavy use of prosthetics and make up has been made to achieve this commendable look.

The 42 year old actor shared this image on his Instagram account captioning it as, “Things may not be what they seem. #LooksCanBeDeceptive@MOMTheMovie @SrideviBKapoor@ZeeStudios_”

The actor’s new look has made his fans even more excited for his character in the film. He looks completely different than what he actually looks. He is shown as a bald, middle-aged man with gap in his teeth. Previously, the actor did a grave voice over for Mom’s motion poster which gave it an eerie feel. Watch Mom motion poster.

Mom would be Sridevi’s first since 2012’s English Vinglish, which gave her a chance to regain her spot in Bollywood. Directed by Ravi Udyawar, Mom also stars Akshaye Khanna, Abhimanyu Singh, Sajal Ali and Adnan Siddiqui. It is co-produced by Boney Kapoor, Sunil Manchanda, Mukesh Talreja, Naresh Agarwal and Gautam Jain. It is scheduled to be released on July 7, 2017.

On the work front, Nawazuddin Siddiqui has a line up of films coming out. His next film is Viki Rajani’s Munna Michael which stars Tiger Shroff and Nidhi Agarwal in lead roles. His other upcoming projects include Manto and Babumoshai Bandookbaaz. He will also be seen in Chanda Mama Door Ke, co-starring with Sushant Singh Rajput and R Madhavan. He recently created a hard hitting video on religious differences in the world which took the internet by storm.