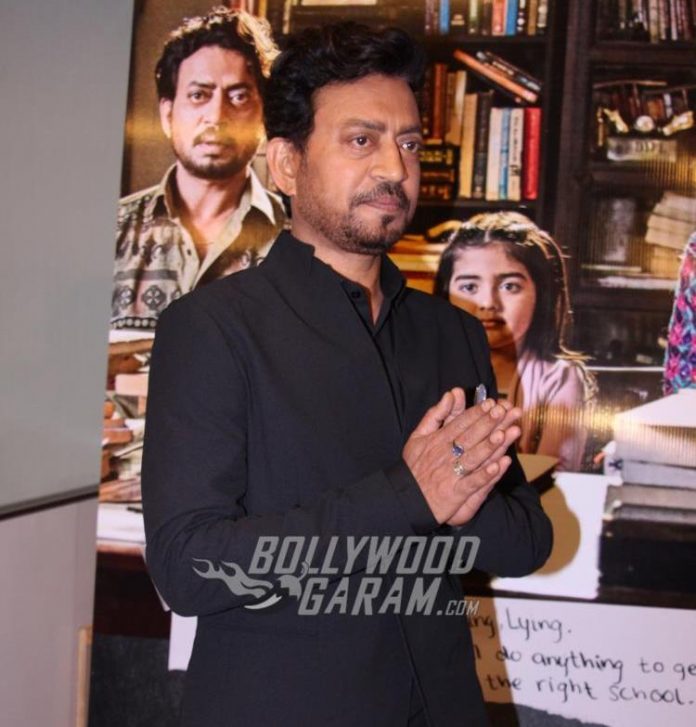 International star Irrfan Khan has seen and experienced enough in life to give his opinion on certain matters. The current debate going on in the news that has even grabbed the attention of social media, is the azaan controversy started by Sonu Nigam. After using a term like “forced religiousness”, people have begun to take sides, and if the past has taught us anything, it’s that bringing up religious differences is never a good thing.

Irrfan Khan spoke about what he thinks about the azaan controversy, saying, “The loudspeaker matter is a big one. We have to first think that we are, as a society, really so sensitive when it comes to sound? Are we sensitive about sound in other places? When there is a noisy discotheque near a hospital, do we talk about it then? If somebody has a problem with something then we should tackle all other problems related to the whole matter.”

He continued, “In other countries, there are certain restrictions when it comes to car horns, this is because people are very sensitive to sound or noise of any kind. First of all, we will have to figure out what is the actual factor that is causing a certain person so much stress related to the sound of the loudspeaker. And, then also figure out if they have a problem with loudspeakers used for azaan or elsewhere too.”

By thinking on a mass level, Irrfan Khan has managed to almost resolve the issue that is going on in the country. Instead of targeting one religion, isn’t it better to resolve the public problem of noise and give everyone a break!

Sonu Nigam had started the controversy when he posted a number of tweets against the daily morning prayer. He even posted a video to show just how disturbed his sleep gets when the loudspeakers erupt in the wee hours. A petition against the singer was dismissed by the Punjab and Haryana High Court.