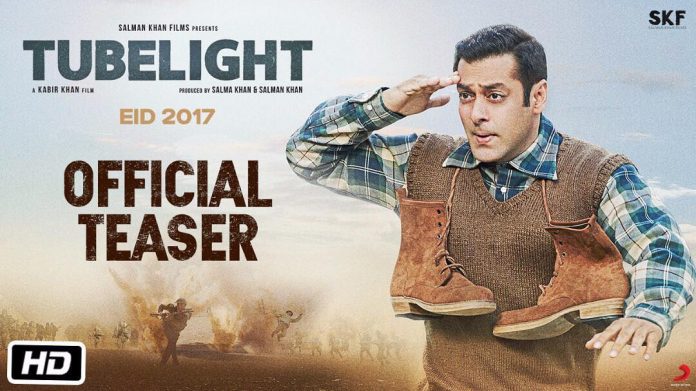 After a long wait, the official Tubelight teaser trailer featuring Salman Khan has finally been released

After a long wait and a stunning official countdown to Tubelight’s trailer – it’s finally out and lives up to our expectations! The short teaser takes us through a series of visuals which depict the changing times through the film and show us Salman’s character, Laxman’s jovial and playful nature all throughout. Earlier in the day, director Kabir Khan hosted a special Tubelight teaser trailer screening for die-hard Salman Khan fans which was a big success.

The trailer takes you through a mix of emotions with several visuals ranging from military training, to celebration and even gives a glimpse of Chinese actress Zhu Zhu. While the Tubelight teaser has a beautiful background score, it has only one dialogue which ties all the visuals together – “Yakeen ek tubelight ki tarah hota hai, der se jalta hai, par jab jalta hai, to full light kardeta hai!”