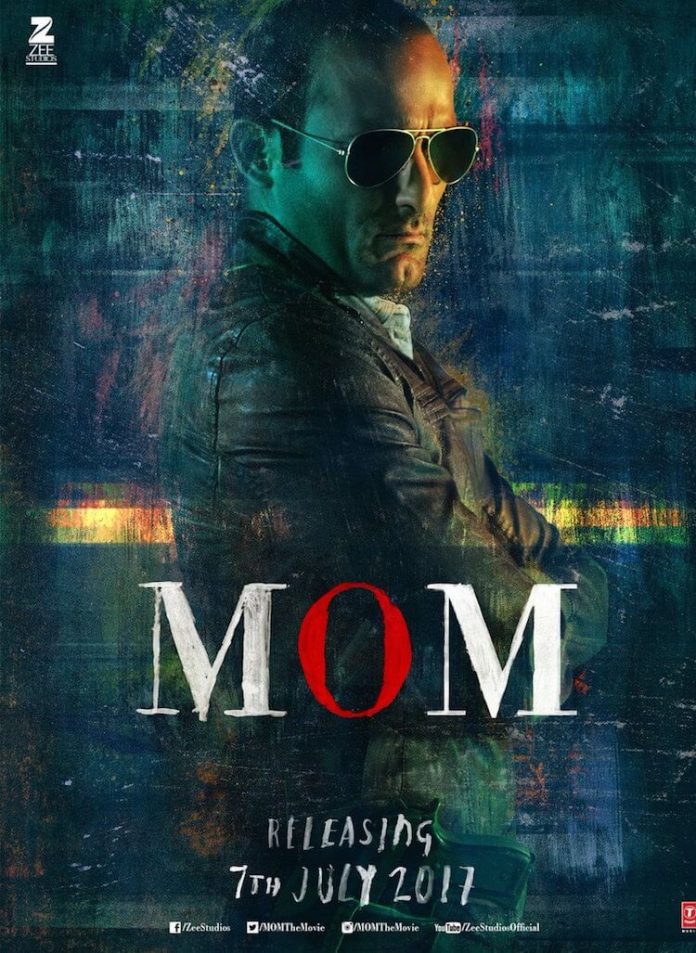 The first look of Akshaye Khanna from Sridevi starrer MOM is out – and it’s intense. The character poster show’s Akshaye as a dirty cop who can be seen with a stoic expression on his face as he dons a leather jacket and black aviators. He will be playing a cop who is investigating a case Sridevi is involved in. This is the third character poster release from MOM. The first two posters featured Sridevi in the lead role and Nawazuddin as a completely unrecognizable shrewd old man, respectively.

While talking to ToI about his role in MOM Akshaye Khanna said, “It’s a career milestone to work with the one and only Sridevi and Nawaz, who is one of the finest actors we have today. Being part of this film was an enriching experience.”

The actor is known to be extremely choosy about the roles he plays and it will definitely be interesting to see him opposite Sridevi for the first time. The 53 year old actress shared Akshaye’s character poster on her Twitter account and captioned it – “Don’t believe what your eyes tell you. #AkshayeKhanna #LooksCanBeDeceptive @MOMTheMovie @ZeeStudios_.”

While the exact story line of MOM has been kept under wraps, the premise revolves around a mother who is ready to go to any lengths to protect her daughter from a conspiracy. MOM releases worldwide on July 7 in Hindi, Malyalam, Telugu and Tamil. Directed by Ravi Udyawar, music and background score has been composed by A R Rehman and also features Pakistani actors Sajal Ali and Adnan Siddiqui in important roles.

Earlier MOM was slated to release on July 14, but now the release date has been pre-poned to July 7, 2017 to avoid any clashes with Jagga Jasoos and Shraddha’s The Queen of Mumbai – Haseena.