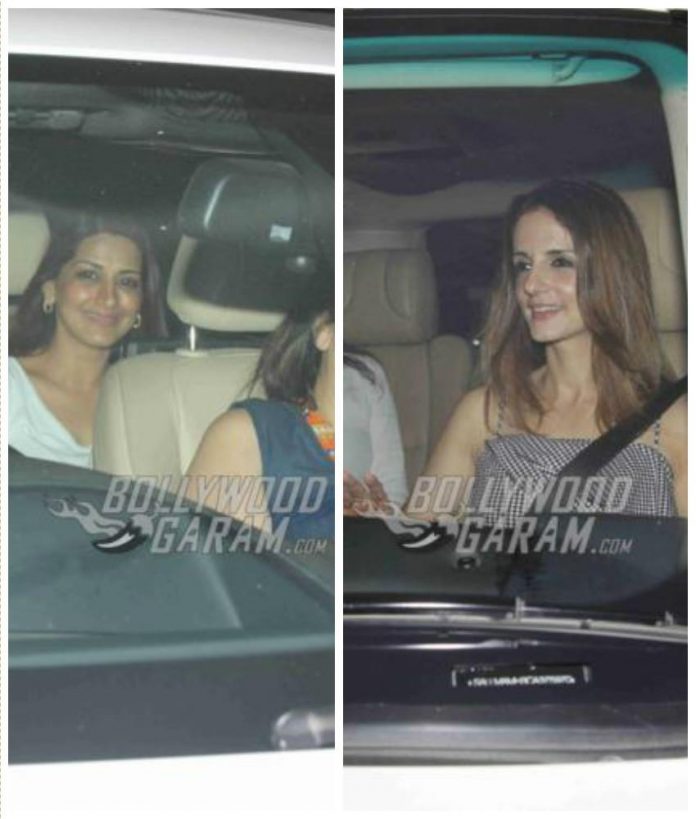 A number of top Bollywood celebs turned up at a massive bash thrown by none other than Sanjay Dutt. Hrithik Roshan, Twinkle Khanna, Sonali Bendre, Sussanne Khan, Gayatri Oberoi and others were seen partying the night away. And yes, you read that right. Exes Hrithik Roshan and Sussanne Khan were under the same roof, having a fun time. Looks like the former couple are still on friendly terms.

Susanne Khan looked chic in a denim skirt and a cropped ruffled top, while Hrithik Roshan went the casual way with a blue shirt and cargo pants. Twinkle Khanna, aka Mrs. Funnybones, was seen in a white outfit. She was last seen attending the National Awards 2017 ceremony, cheering on her husband, Akshay Kumar.

Hrithik Roshan was last seen in Kaabil and has reportedly given his nod for an upcoming flick by  choreographer turned filmmaker Prabhu Deva. However, so far nothing has been confirmed by the makers or the actor.

Another star who turned up at Sanjay Dutt’s house for the party, was Sonali Bendre. She was the epitome of beauty and grace as she smiled shyly at the cameras in her car.