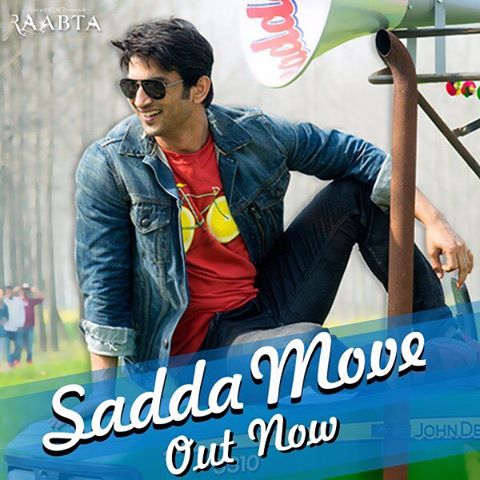 Sushant Singh Rajput and Kriti Sanon starrer Raabta’s new song is out. It is titled as, Sadda Move, in which Sushant is seen making his perfect dance moves. The song has been shot in Amritsar as Sushant along with Varun Sharma dance on the roof of trucks, drinks lassi with mustard-farm in the backdrop.

Sushant has a cool look in the song and interestingly features only him, leaving Kriti Sanon and villain Jim Sarbh out. The actor has once again proved his mettle as a dancer as he shows off some cool dance moves! Sushant had also won the second place on Jhalak Dikhla Jaa Season 4 in 2011.

The first two songs of the movie were Ik Vaari which starred Sushant Singh Rajput and Kriti Sanon and Raabta – The Title Track in which Deepika Padukone did a sizzling cameo. The latest song, Sadda Move has been sung by Diljit Dosanjh and Pradeep Singh Sran. It is composed by Pritam. Irshad Kamil and Amitabh Bhattacharya have written the lyrics of the song and the rap portions have been sung by Raftaar.

Raabta is a dramatic love story, transcending time starring Sushant Singh Rajput, Kriti Sanon and Jim Sarbh in lead roles. The film has been directed by debutante Dinesh Vijan and produced by Homi Adjania, Bhushan Kumar and Dinesh too. The film will hit theatres on June 9, 2017.