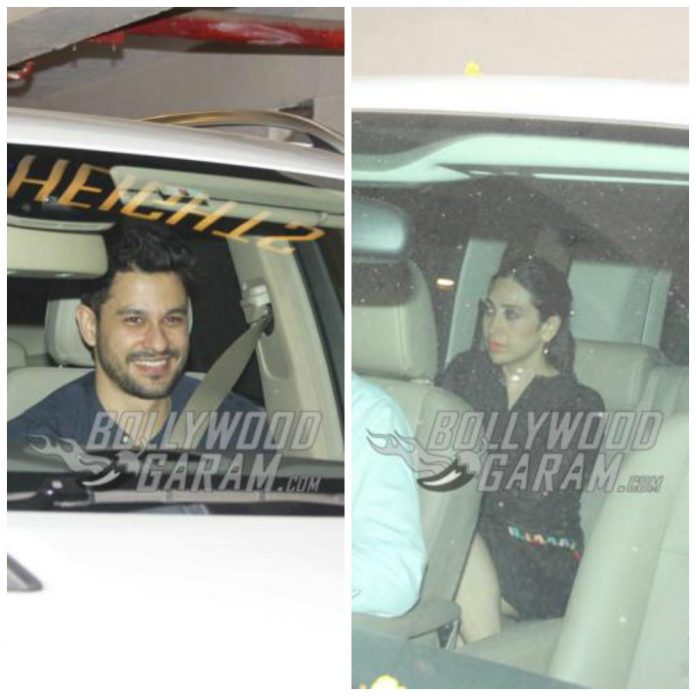 Kareena Kapoor and Saif Ali Khan never leave an opportunity to celebrate the blessings in their lives. The couple, who are also known as Saifeena hosted a private dinner for close friends and family at their residence in Mumbai on May 7, 2017. Kareena’s sister and veteran actress Karisma Kapoor was seen accompanied by rumoured beau Sandeep Toshniwal. While to-be parents, Soha Ali Khan and Kunal Khemu were also seen outside Kareena’s residence, making their way to the exclusive party.

Karisma Kapoor kept her look simple, yet elegant in a black outfit, while Sandeep Toshniwal was seen in a pink striped shirt and denims. The two were seen getting in to two different cars as they made their way out of the party. Sandeep and Karisma have maintained a mysterious silence over their relationship. Meanwhile her former husband, Delhi businessman Sanjay Kapur got married to girlfriend Priya Sachdev at a grand ceremony in New York a couple of weeks ago.

Soha Ali Khan and husband Kunal Khemu looked blissfully in love as they came out of the party. The actress was seen in a black and white kurta, and her amply pregnant belly. Kunal Khemu looked dapper in a blue shirt and denims. Soha and Kunal are expecting their first child together. The happy news was announced by an excited to-be father, Kunal. The due date isn’t known yet, but Soha is already glowing with joy.