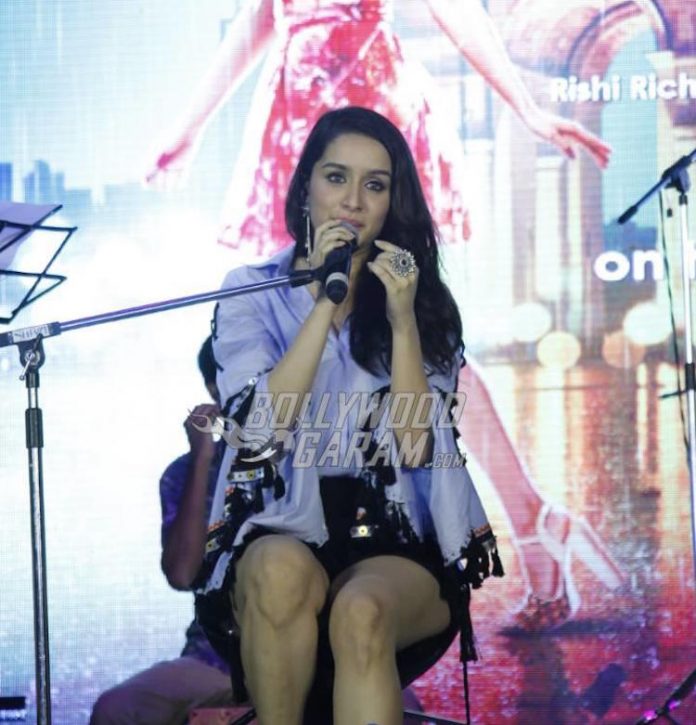 The makers of Half Girlfriend have come up with a new version of the song, Phir Bhi Tumko Chaahungi. This time, it is not Arijit Singh’s another reprise but it is the beautiful actress of the film, Shraddha Kapoor who has sung the unplugged version of the original one. The makers have released the teaser on May 9, 2017 which was shot while Shraddha recorded the song.

In the teaser, we can see that Mohit Suri is discussing the song details with Shraddha and how Shraddha is trying to give her best. Though, Manoj Muntashir’s lyrics and Mithoon’s music is similar, Shraddha’s voice mesmerizes her fans.

According to a leading daily, Shraddha Kapoor broke down while recording for the song. She stated that, “It was so overwhelming, I couldn’t sing. I had to excuse myself for a few minutes before I could collect myself and resume recording.”

When Mohit Suri, who has directed the film, Half Girlfriend was asked about it, he said, “My brief to Mithoon was that the track should convey the crux of the film. While working on a previous movie, Manoj Muntashir had told me about a nazm he had written 12 years ago. I told him that I will need it for my film. The original song has been sung by Arijit Singh, Shraddha has rendered a modified version. For the climax of the film, I wanted a song that conveys the joy of uniting with someone you have always loved. Taking a cue from Lataji’s Aapki Nazron Ne Samjha, Manoj and I came up with a few new lines. When I approached Shraddha to record the song, she was worried if she would be able to do justice to it.”

In an interview, Mohit Suri and Arjun Kapoor revealed that if not for Half Girlfriend, the movie would have been named Main Phir Bhi Tumko Chaahunga as it sums up the entire film in one line!