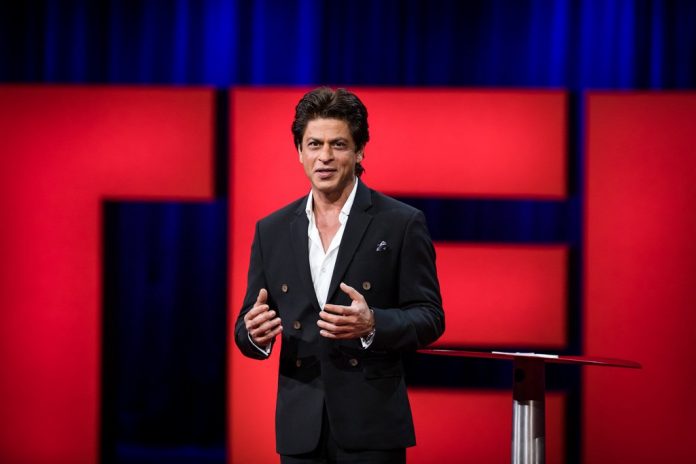 “I sell dreams, and I peddle love to millions of people.” – Shah Rukh Khan, TED Talks

A couple of weeks ago, we heard the news that Bollywood badshah, Shah Rukh Khan was making his way to Vancouver for to be in the spotlight of a different kind. The superstar was giving his first TED Talk on an educational platform. There was speculation about what he was going to say and how he was going to say it. And finally, fans get to watch the 17+ long video of Shah Rukh Khan’s complete TED Talk.

By watching the video, one thing is certain. The man is a public speaking genius, and knows how to connect with his audience. Through anecdotes and punchlines, he managed to convey a greater message, interspersed with jokes.

Since his talk was to a mostly foreign audience, he initially felt that they wouldn’t know who he is. “I’ve also been made to understand that there are lots of you who haven’t seen my work, and I feel very sad for you.”

Shah Rukh took the audience on a vivid journey through his life. Growing up in Delhi, he reminisced about the death of both his parents when he was still young and not on his feet. His ultimate move to the “sprawling metropolis” that is Mumbai, the city of dreams and his difficult but rewarding entry into Bollywood.

He then segued into him joining social media when he was well into his forties. The sudden realisation that millions of people would have access to his personal life, but how it helped him connect more intimately with fans. “Everything I said took a new meaning. Everything I did – good, bad and ugly – was there for the world to comment upon and judge.”

But he delivers the message like a true superstar: “I have realised that whatever moves you, whatever urges you to create, to build, whatever keeps you from failing, whatever helps you survive, is perhaps the oldest, and simplest emotion known to mankind, and that is love.”