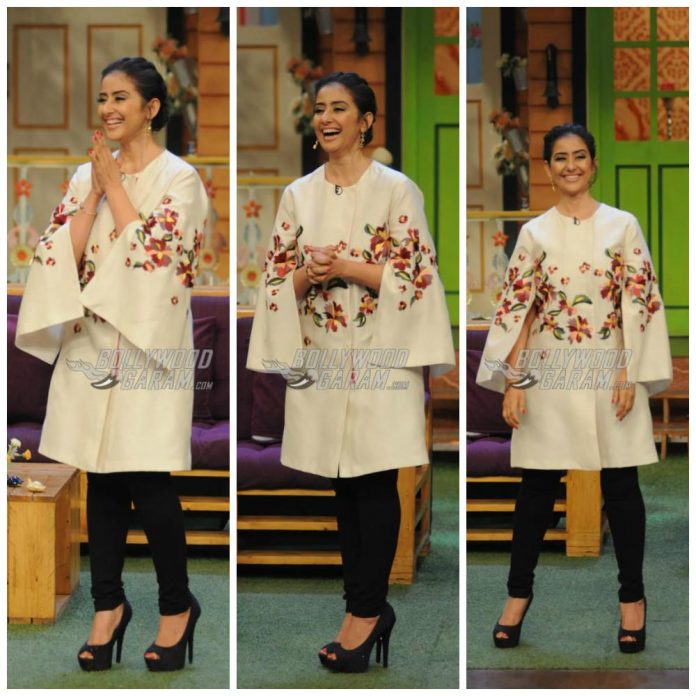 Veteran Bollywood actress Manisha Koirala, who is best known for her role 1942 A Love Story, appeared as a guest on The Kapil Sharma Show on May 11, 2017. Manisha looked radiant and beautiful as she sported a Samant Chauhan outfit with cap-sleeves.

The Dil Se actress had a great time interacting with the host and characters of the show. Manisha, who suffered from cancer in 2012, tweeted about her visit to the sets of The Kapil Sharma Show and thanked Kapil Sharma for the lovely time.

Manisha Tweeted, “Thank you kapil for making me laugh so much”.(sic) The actress will soon be seen in Sanjay Dutt’s upcoming biopic in the role of Sanjay Dutt’s mother, the late Nargis Dutt. She was on the show with he co-star from her comeback movie, Dear Maya which releases on June 2, 2017.

Dear Maya’s trailer has already garnered a lot of interest and we are eagerly waiting to see Manisha back on the silver screen!

Thank you kapil for making me laugh so much ???? @KapilSharmaK9 pic.twitter.com/b7cXkjVLwz

Stay tuned for latest updates on your favorite comedy show and don’t forget to check out these pictures of Asha Parekh and Helen on The Kapil Sharma Show!