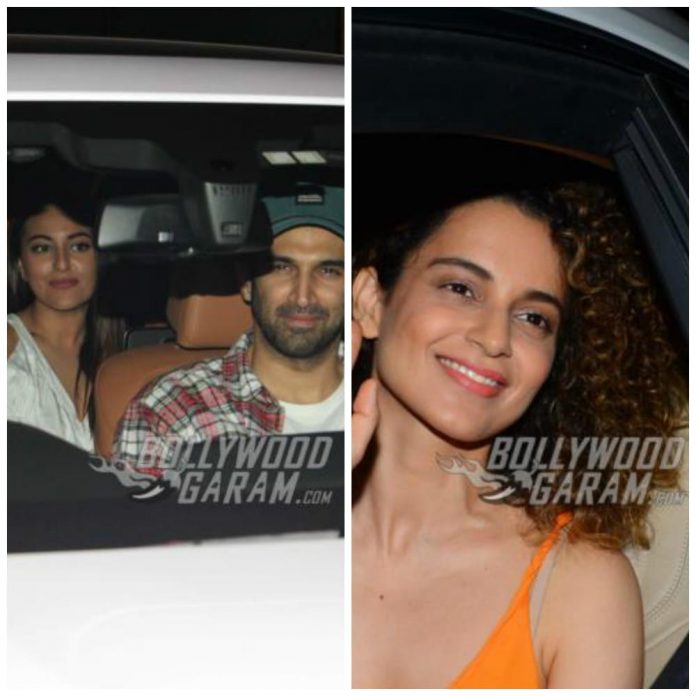 A day before Meri Pyaari Bindu released in theatres, celebrities from Bollywood graced the special screening of the film in Mumbai on May 11, 2017. The screening event saw the presence of Kangana Ranaut, Parineeti Chopra, Sonakshi Sinha, Aditya Roy Kapur, Sidharth Malhotra, Vaani Kapoor and Arshad Warsi among others.

The upcoming romantic comedy flick features Parineeti and Ayushmann in lead roles. Ayushmann is seen playing the role of a writer who is completely in love with Bindu, who wishes to be a singer, played by Parineeti.

The movie is helmed by Akshay Roy and jointly produced by Maneesh Sharma and Aditya Chopra. This is the first time Parineeti and Ayushmann have been paired together and the film has hit the theatres on May 12, 2017.