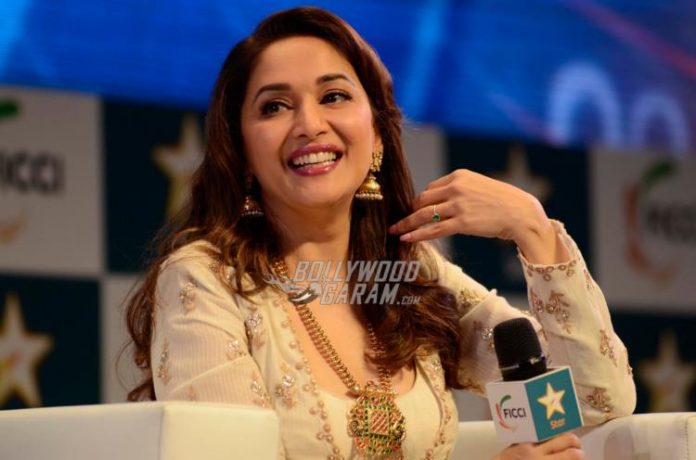 Can you believe that it’s been three decades since Madhuri Dixit won hearts with her Bollywood debut? Her infectious smile, screen presence, acting prowess and dance moves have made her an icon of the Indian film industry. Today, the Dhak Dhak girl turns 50 years old! And yet, even after all these years, she can beat any current generation’s actress with her killer dance moves!

Madhuri Dixit began her career with the film, Abodh, back in 1984. She went on to make some of the biggest Bollywood hits of all time, acting with everyone from Sanjay Dutt to Salman Khan and Shah Rukh Khan over the course of her illustrious career. We all remember her iconic moves for the film Hum Aapke Hain Koun…! and how she managed to dance her way into the hearts of Indian audiences. Her breakthrough in Bollywood happened in the Anil Kapoor starrer, Tezaab and saw her establish herself as one of the best actresses of the ’90s.

Today, Madhuri Dixit has one of the most enviable resumés in the industry. She has won the Padma Shri award for her contribution to Indian cinema, and has been nominated and won record-breaking Filmfare Awards. Each of the films that she does is proves time and time again that she is one of the most finest artistes we have today.

Even though Madhuri Dixit decided to take a break from acting to raise a family in the United States with her husband, Dr. Sriram Nene, her comeback to Bollywood was welcomed by millions of fans in India and around the world. Some of her most memorable roles on the big screen include Aaja Nachle, Dedh Ishqiya, Lajja, Pukaar, Devdas and Saajan, to name but a few of her many hits.

They say age is just a number, and in Madhuri Dixit’s case, she remains an icon and ageless beauty for all her fans. Bollywood Garam wishes the ethereal beauty a Happy 50th Birthday!