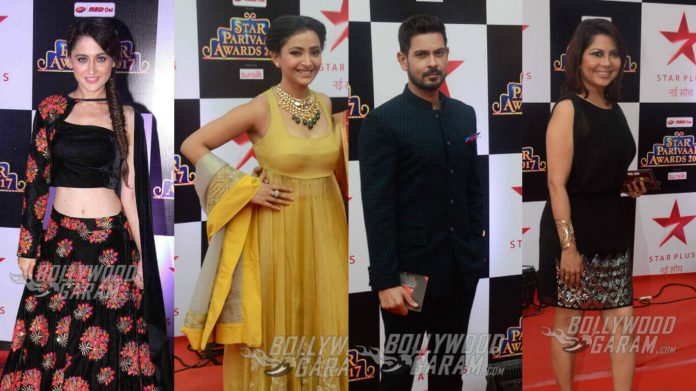 The most awaited television awards, Star Parivaar Awards 2017 was held on Saturday, May 13 and saw some of hottest television celebrities walk down the red carpet. From famous Nach Baliye 8 couples including – Bharti Singh and Harsh Limbachiya, Divyanka Tripathi and Vivek Dahiya, Brent Goble and Aashka Goradia, Sanaya Irani and Mohit Sehgal, RJ Pritam and Pritjyot Singh to famous saas-bahu jodis, they were all in attendance! We even spotted some of the biggest names from telly land at the awards show including, Sanjeeda Shaikh, Sara Khan, Benazir Shaikh, Anjali Anand, Mehreen Pirzada and Bollywood director Mohit Suri. It was a star studded affair with all the celebrities putting their best (designer) foot forward. Star Parivaar Awards 2017 will air on Star Plus on Sunday, May 28, 2017.