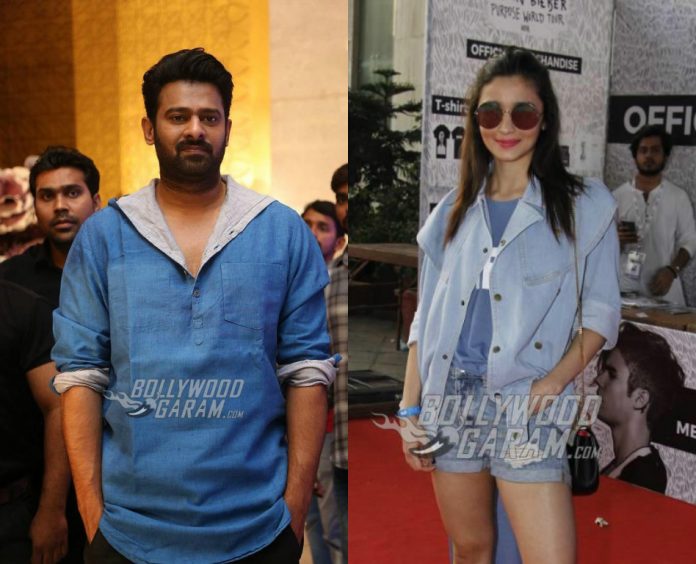 Remember all those rumors about Karan Johar launching Prabhas in Bollywood under the banner of Dharma Productions? It might just come true! And not just that, it could even feature Alia Bhatt opposite the Baahubali star going by her latest series of Tweets.

Alia is extremely active on social media and recently in her #AskAlia session on Twitter she made some interesting revelations! When asked by one of her fans on Twitter to describe the phenomenal success of Baahubali 2: The Conclusion, the actress tweeted, “Need a new word for this giant. Rock-buster? Loved it.. it was epic” And later when asked by another fan if she would like to work with Prabhas in the future, she replied, “For sure!”

Later she even added that she considers Prabhas her favorite South Indian actor. So coming back to the Karan Johar – Prabhas rumors, knowing how close Alia and Karan have been since Student of the Year days, it’s highly likely that Prabhas could feature opposite Alia Bhatt in a lead role for his Bollywood debut.

On the work front, Alia is slated to feature in several films this year, including Ayan Mukherjee’s sci-fi Dragon opposite Ranbir Kapoor and Zoya Akhtar’s Gully Boy, in which she will be seen opposite Ranveer Singh. Alia was last spotted at Justin Bieber’s Purpose World Tour 2017 India concert, looking like a million bucks!

@aliaa08 would u like to work with Prabhas ? #AskAlia ❤

Watch this space for more updates on the same, exclusively on Bollywood Garam!