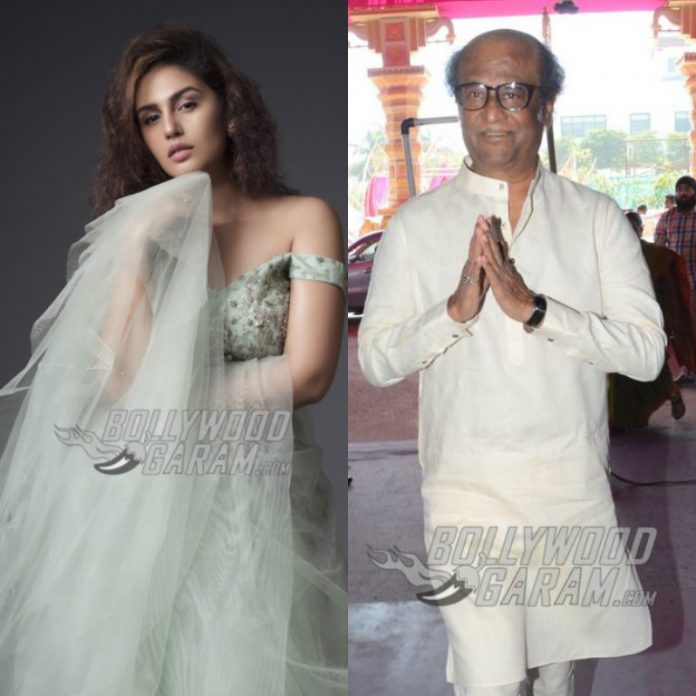 Seems like Huma Qureshi has landed a massive Tollywood break by signing a film in which she will star opposite south superstar, Rajinikanth! The news was confirmed by filmmaker Dhanush as the movie is being produced under his home production, Wunderbar Films. Dhanush is also Rajinikanth’s son-in-law and got married to his only daughter, Aishwarya in 2015.

Moving on to Huma’s film, a press statement stated, “The makers were keen on casting Huma in the romantic lead opposite megastar Rajinikanth as she fits the requirements of the role.” The yet-to-be-titled film will be directed by PA Ranjith and shooting is set to go on floors by end of May 2017.

Rajinikanth has previously worked with several well established Bollywood actresses including, Aishwarya Rai in Robot (2015), Sonakshi Sinha in Lingaa (2014) , Deepika Padukone in Kochadaiyaan (2014) and Radhika Apte in Kabali (2016). It will definitely be interesting to see Huma pay the 66 year old superstar’s love interest in the upcoming movie.

On the work front, Huma Qureshi is currently busy promoting her upcoming horror film, Dobaara – See Your Evil which is based on cult horror movie, Occulus. While superstar RajiniKanth is looking forward to the release of sci-fi thriller 2.0 in January 2018 which also stars Akshay Kumar.

Everything you need to know about Akshay Kumar’s look in 2.0

Rajinikanth’s 2.0 will beat all records of Baahubali 2 – Here’s why