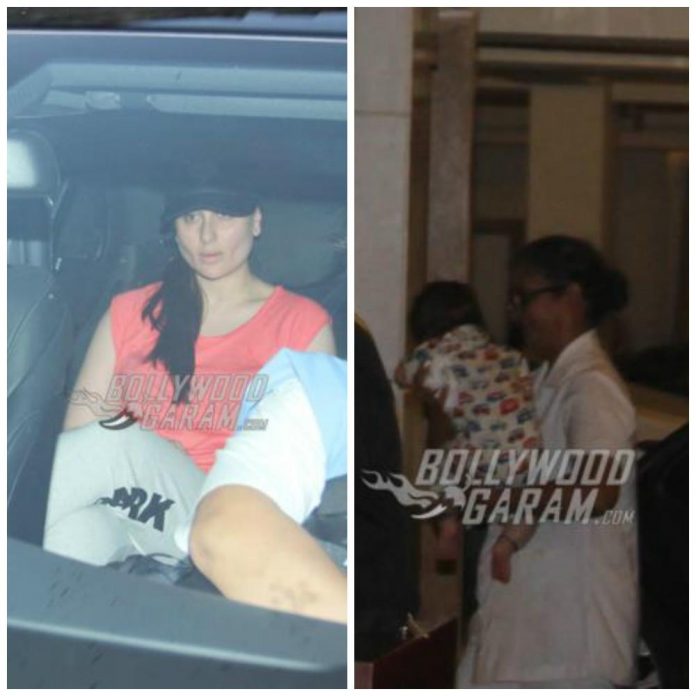 Bollywood divas Kareena Kapoor Khan and Amrita Arora are known to be the best buddies in the industry and are often seen spending time with each other on various occasions. This time, mommy Kareena Kapoor Khan took her infant son, Taimur Ali Khan along with her to Amrita’s house. The Tashan actress was seen with son Taimur at close friend Amrita’s residence in Mumbai on May 16, 2017.

Little Taimur, who soon after his birth became an internet sensation, was seen being carried by his nanny and looked adorable. Kareena was seen in a casual look, in a simple t-shirt, track pants and a cap. Jr. Khan was also seen peeping out of the car window. Taimur’s pictures often make it to social media and go viral.

Recent reports say that Kareena Kapoor Khan and Saif Ali Khan are soon going to shift to a new house as they need a bigger space after the arrival of their son. A close friend of the couple, on condition of anonymity, said that they had built their custom made house which took four years to complete and had individual rooms for everyone.

On the work front, Kareena will soon begin shooting for the upcoming movie Veere Di Wedding produced by Rhea Kapoor.