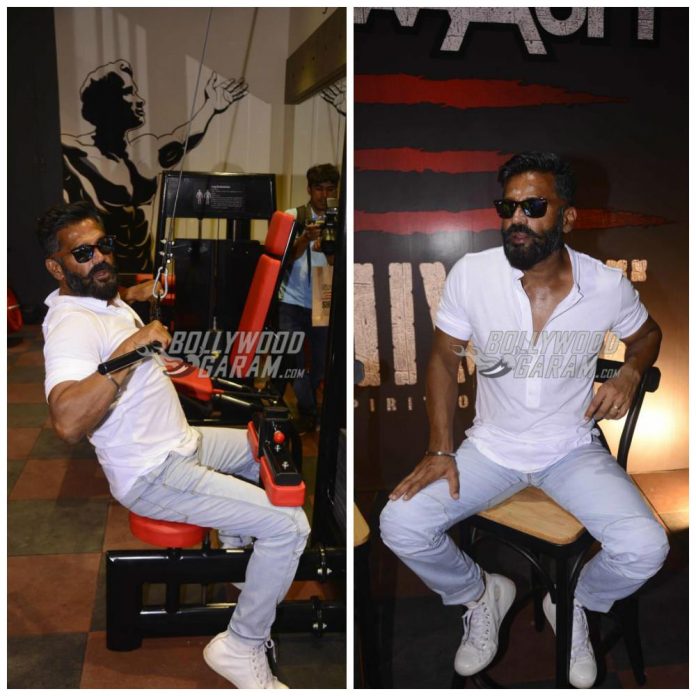 Suniel Shetty, who is known for his passion for acting and staying fit, inaugurated his swanky new fitness centre Smaaash Shivfitin

Suniel Shetty is one of the fittest actors in Bollywood and is known for maintaining a good fitness regime. The Dhadkan actor inaugurated a fitness centre – Smaaash Shivfitin in Mumbai on May 17, 2017. The 55 year old actor, who is currently hosting the show India’s Asli Champion, interacted with the media and was all praises for the new fitness centre.

Suniel, during his interaction said, “I am someone who is very passionate about fitness and I very strongly believe that within us there is this champion who is willing to come out. It is only that inhibition that stops us… Age is just a number”. The Gopi Kishan actor, also expressed his happiness about the fact that the younger generation, too is focusing on fitness.

On the work front, the actor was last seen in The Shaukeens and is currently filming for the upcoming projects, 2 Chehere and Hera Pheri 3, which is the third part of the blockbuster Hera Pheri franchise.