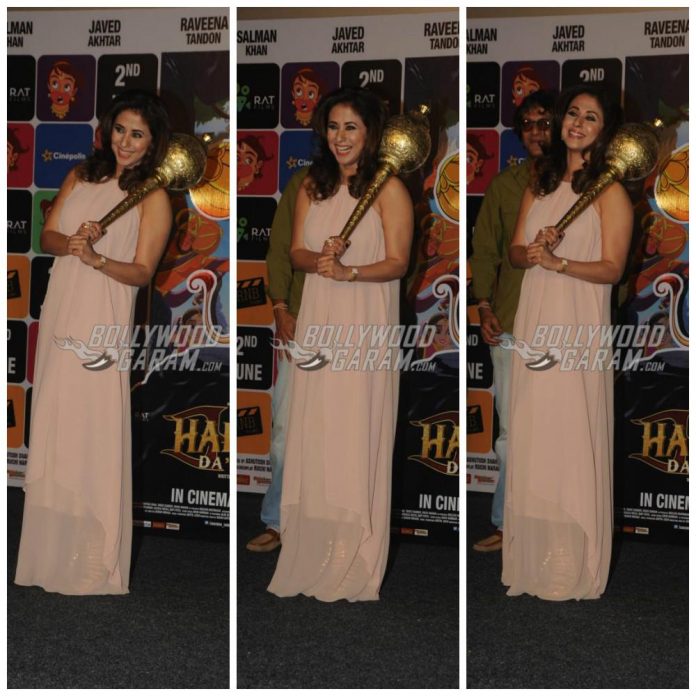 Indian actress Urmila Matondkar, who featured in the song Lakdi Ki Kaathi as a child artist, launched a reprised version of the song for the animation film Hanuman Da Damdaar at an event in Mumbai on May 18, 2017. The Ruchi Narain flick features voice-overs from some of the popular names in Bollywood including Salman Khan, Chunky Pandey, Kunal Khemu and Raveena Tandon.

The original song was written by Gulzar and the music was given by the legendary R.D Burman and was sung by a bunch of children. The fresh and reprised version of the song is composed by Abhishek Arora and is sung by a few children, but from the new generation. Ruchi said that she was earlier apprehensive to approach Urmila for the launch and said, “To my surprise, she agreed. Both the film and song are special to her.”

The scriptwriter turned director recalled an incident that happened at the airport when she was offered help from the Rangeela actress, when she faced some ticket issues at the Mumbai airport. Ruchi said, “She came to my rescue as a co-passenger even though she did not know who I was.”

Urmila Matondkar was a popular actress during the 90s era but gradually vanished from the industry and secretly got married to model-turned businessman Mohsin Akhtar in 2016. The actress was last seen in the movie Hridaynath in 2012.