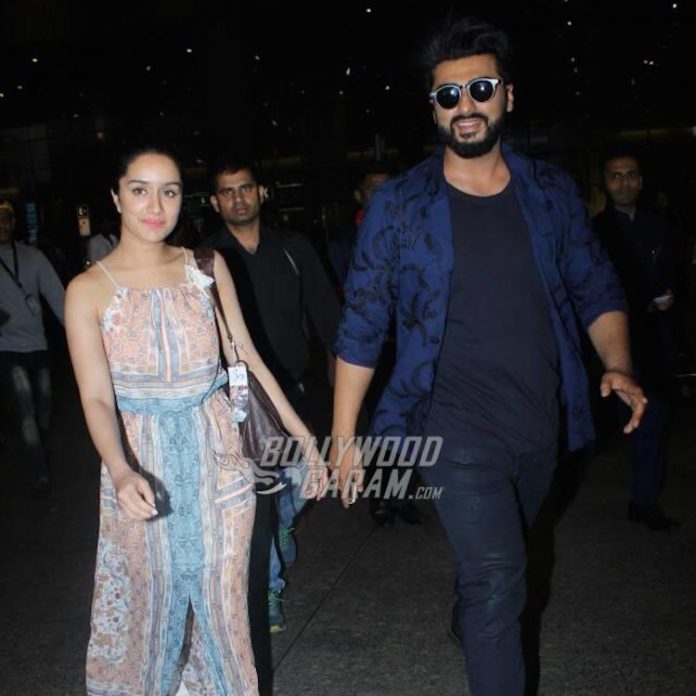 With just a day left for the release of Half Girlfriend, there is no time to rest for lead actors Shraddha Kapoor and Arjun Kapoor. The actors were seen returning from Indore, arriving at the Mumbai domestic Airport on May 18, 2017. Shraddha Kapoor looked tired, yet pretty, in a cool printed summer outfit, while Arjun Kapoor too looked exhausted and appeared in a t-shirt, denims and a blue jacket.

The actors are not just promoting their film in Mumbai, but are trying their best to reach the audience of different cities. Shraddha, in most of her movies, has played the role of a beautiful, girl-next-door, chirpy girl and the genre of Half Girlfriend might not be new for the actress as she will be seen playing the role of the most happening and modern Delhi girl.

See Shraddha and Arjun leave for Indore promotions of Half Girlfriend

For a change, Arjun will be seen playing the role of a small town boy Madhav from Bihar, who falls in love with Shraddha’s character Riya. Half Girlfriend will be released in theatres nationwide on May 19, 2017.

See photos from Indore promotions of Half Girlfriend