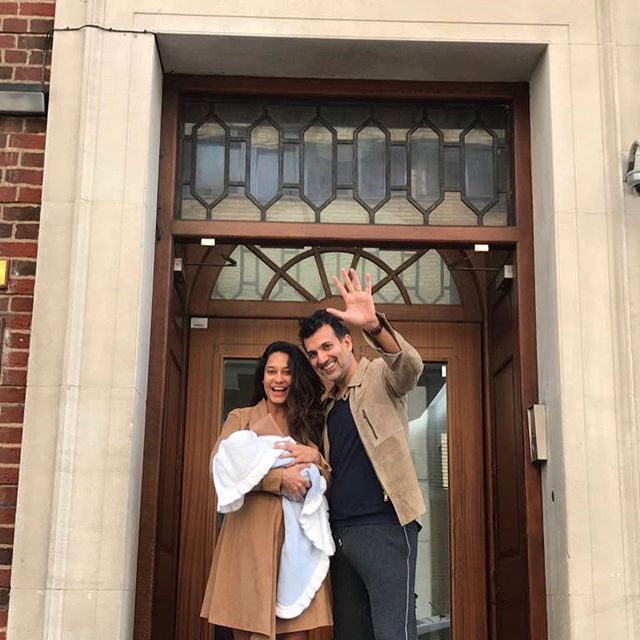 After having a glamorous pregnancy, model and actress Lisa Haydon and husband Dino Lalvani have been blessed with a baby boy. The actress posted a picture on Instagram with her baby and beau Dino with a caption, “Zack Lalvani born 17th May 2017.”

Just minutes later, congratulatory messages came flooding for Lisa her family. The Queen actress fgot married to her long time boyfriend Dino Lalvani in a private ceremony in October 2016. Lisa while talking about her marriage said, “Life has not changed much after marriage. I went straight back to work. But I guess changes come after having a baby, not after marriage, especially if you are married to the right person who understands your lifestyle and profession. I think I was married to my husband in mind before it happened officially. When you fall in love, you make a commitment to each other. It’s all about that.”

The actress shot to fame with the movie Queen which had Kangana Ranaut playing the lead. Lisa was last seen in Housefull 3 and also made a cameo appearance in the movie Ae Dil Hai Mushkil. Haydon made her debut in Bollywood with the Sonam Kapoor starrer Aisha.